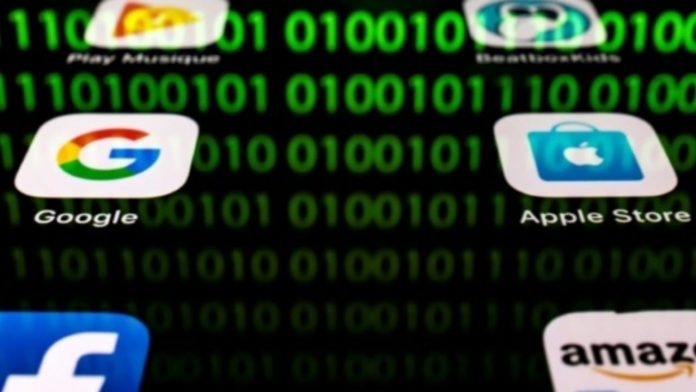 France will require online technology giants to pay a new “digital tax” on its 2020 revenue, the Treasury said on Wednesday, breaking a ceasefire with Washington over the long-running tax battle that could lead to a round of US penalties on French goods.

“The companies that are subject to this tax have been notified,” said a French finance minister, who specifically referred to the US companies Google, Amazon, Facebook and Apple, which the United States says are unfairly targeted at the fee.

The French transition to the application of the tax – called the GAFA tax (Google, Amazon, Facebook and Apple – risks escalating a long-running battle over how to get American technology multinationals to pay a larger share of their taxes in the countries where they operate.

US President Donald Trump has attacked the tax as unfairly targeted at the heavy heavyweights and last year threatened import duties of 25 percent of 1.3 billion dollars in French products, including cosmetics and handbags from well-known brands.

France and other European countries are under strong public pressure to get US multinationals to pay a larger share of their tax revenues in the countries in which they operate.

Under EU law, companies in the US can declare their profits from the whole block in a single Member State – and they usually choose low-tax jurisdictions such as Ireland or the Netherlands.

In 2019, President Emmanuel Macron’s government adopted a three percent fee on the profits from providing online sales to third-party retailers – such as the Amazon Marketplace – as well as on digital advertising and private data sales.

That year, taxes raised € 350 million ($ 415 million), an amount that is expected to grow steadily in the coming years.

But Paris reached an agreement with the Trump administration last year to suspend tax collection while seeking a global digital tax treaty under the auspices of the Organization for Economic Co-operation and Development (OECD).

However, progress on an agreement was elusive, and in June US Treasury Secretary Steven Mnuchin suspended talks, led by 137 countries with a goal by the end of this year.

In October, the OECD acknowledged that no agreement was likely before next year, largely due to US opposition to the proposals.

Pandemic highlights “need for a solution”

The UK, Spain, Italy and other European countries have also announced digital taxes to give them a larger share of the profits that technology companies make from their citizens.

The increase in sales for online retailers during Covid-19 blockades in Europe this year has increased the pressure on governments to take a tougher fiscal stance, not least to help pay for massive aid programs for companies that are forced to close.

But France has been at the forefront of efforts to reach a compromise from Washington, and Wednesday’s announcement may reflect hopes in Paris that the forthcoming administration of Joe Biden will prove more receptive to a global deal.

“The Covid-19 pandemic makes the need for a solution even more convincing,” the OECD said last month.

It added that failure to reach a comprehensive agreement would encourage more countries to take unilateral measures that would only further stimulate trade tensions.

The OECD plan on the table addresses two issues – how to tax companies in each country in which they operate and how to ensure that each country receives a fair share of a multinational’s taxes.

An agreement would probably set a minimum basic tax, potentially 12.5 percent, that would apply to each company regardless of where it is based or declares its income.

The digital tax battle is just one front in the transatlantic trade dispute launched by Trump – last year, his administration imposed 25 percent tariffs on a range of European delicacies in a fight for subsidies to planner Airbus.

The EU responded this month with its own round of tariffs on US imports after the World Trade Organization had wronged Washington due to state aid to Boeing.