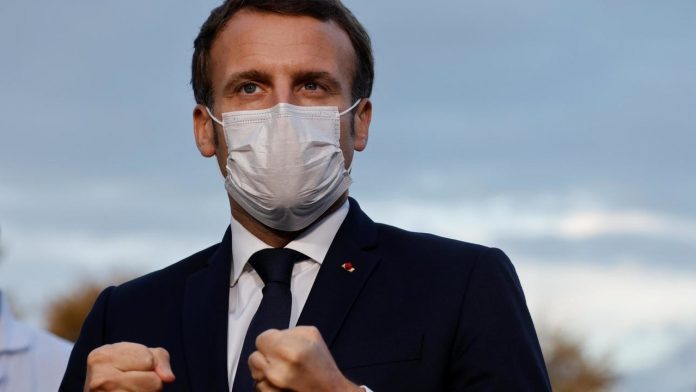 France is strengthening a possible new shutdown as President Emmanuel Macron prepares a TV address on Wednesday with the aim of stopping a rapidly rising tide of coronavirus patients in French hospitals and a growing daily death toll.

Macron is due to speak to the nation Wednesday night to present new measures that will be decided at back-to-back meetings of the Defense Council and the Cabinet, the presidency said.

“At some point, we will have to make tough choices … as our neighbors have done,” he said, referring to strict new measures announced for Italy, Spain and elsewhere in Europe.

Many French doctors are calling for a new nationwide shutdown, noting that 58 percent of the country’s intensive care units are now occupied by Covid-19 patients and medical staff are under increasing pressure.

Business owners are pushing for compromise

The French government has been reluctant to impose a new lockdown that would hit the economy even harder, and business executives have warned that a total shutdown will force another wave of layoffs and bankruptcies.

Instead, authorities imposed a curfew this month, which now requires about 46 million people – two-thirds of the population – to be home by noon. 21:00 to 06.00, as the number of daily virus cases has flared up.

Business owners and some politicians are pushing for a compromise, such as local lockdown in the hardest hit areas or a lockdown that allows schools to remain open.

France reported 523 virus-related deaths in 24 hours on Tuesday, the highest daily figure since April, bringing its total death toll to 35,541, the third highest number in Europe after the UK and Italy.

Media reports say Macron, who met to discuss the wave with senior ministers on Tuesday, may extend the exit ban period and possibly impose a full shutdown over the weekend or otherwise order targeted shutdowns for the hardest-hit regions.

Another option could be to postpone the students’ return from the autumn holidays, which end on the weekends, especially to colleges and universities.