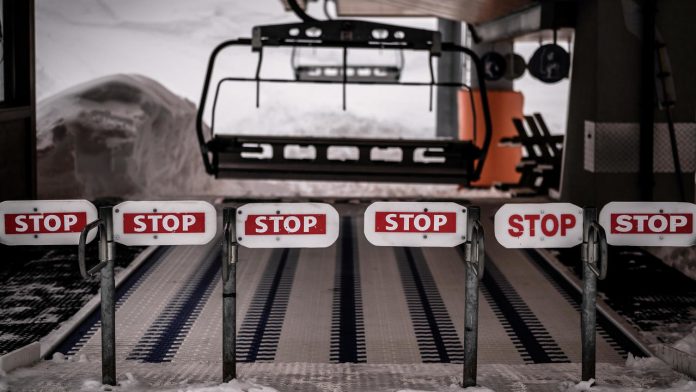 Ski lifts in mountain resorts in France will remain closed throughout the month of February, the government has said and mainly written off this winter sports tourism due to the Covid-19 pandemic.

France is currently not locked in and people are in theory free to visit resorts and stay in hotels but the lifts have been closed for several months, effectively making the ski season a write-off.

Prime Minister Jean Castex has promised compensation for the winter sports industry, which accounts for between 250,000 and 400,000 direct and indirect jobs in France.

Castex met with industry executives to discuss the situation on Monday, with its office saying afterwards: “The development of the health situation does not allow us at this stage to reopen the ski lifts.”

Tourism Minister Jean-Baptiste Lemoyne said that although no date had been set for the reopening of ski lifts, people could still visit the resorts.

This means that families hoping to take their traditional ski trips in February during the coming holidays will have access to the resorts, but no lifts to get them to the top of the slopes.

Resort restaurants are also closed due to coronavirus restrictions and tourists will only be able to engage in activities such as cross-country skiing and snowshoeing.

France’s two-week school week in February begins on Saturday in some parts of the country.

The government said that the occupancy rate at ski resorts collapsed to between 20 and 30 percent during the Christmas weekend, when the ski lifts were already closed.

Instead, many holidaymakers crossed to nearby Switzerland and Spain, where the ski resorts remained open.