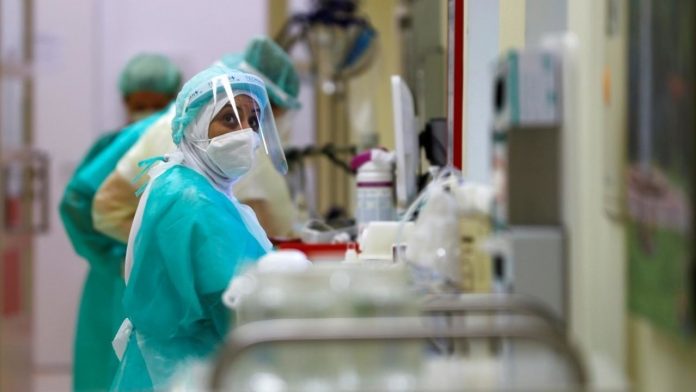 In the first wave of COVID-19 earlier this year, the region around Strasbourg was so badly affected that it had to evacuate patients by helicopter. In the second wave, other regions suffer and the French city returns the favor.

The same helicopters that flew patients out of this region in the east of France in the spring have instead picked up patients with COVID-19 from elsewhere and taken them in for treatment.

“In a way, we pay back in kind,” said Christophe Di Stefano, one of the crew of a rescue helicopter that on Thursday had just flown in a patient from Lyon, southeastern France, and delivered them to Hautepierre Hospital in Strasbourg.

A second helicopter was scheduled to go to Lyon later that day to pick up a patient, and Di Stefano’s crew was assigned on Friday to pick up someone seriously ill with COVID-19 from Bourg-en-Bresse, near Lyon.

“We trusted others during the first wave, so now we have the opportunity to receive and treat people, it is good for us to take part and take the burden off others,” he said.

The region around Strasbourg was hit first and hardest by the virus’ first wave, partly due to a week-long evangelical congregation that turned into a super-spreading event.

The intensive care units were overwhelmed. The patients were flown to other parts of France, as well as Switzerland, Germany and Luxembourg.

In the second wave, the roles are reversed. The region has 319 COVID-19 patients in intensive care, according to French public health data for November 12, while the region that includes Lyon has 844 patients.

“We can well imagine how they feel,” said Hakim Arzouq, a Strasbourg doctor who was preparing to start the day’s second trip to Lyon. “They are happy to see us coming.”