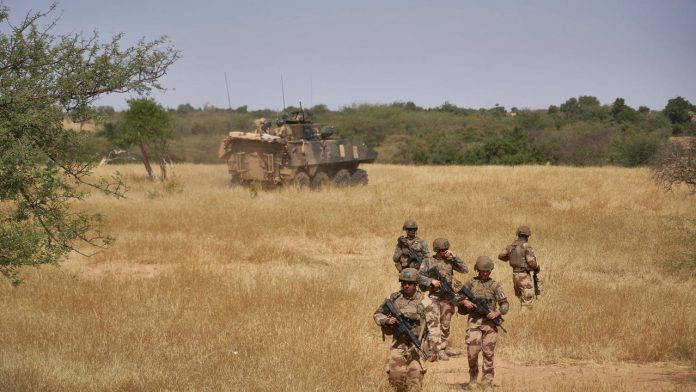 President Emmanuel Macron opened the door to withdraw some troops from the Sahel region of Africa, saying that France could “adapt” its operations to successes against Islamist militants and the arrival of more European forces.

France, the former colonial power, has the largest military presence in the Western world, conducting counter-insurgency operations in Mali and the wider Sahel, a dry region of West Africa just below the Sahara Desert.

Last year, Paris increased its numbers for its Barkhane terrorist operations by 600 to 5,100 soldiers.

“The temporary reinforcement that I decided to deploy has enabled the Barkhane force to put in great difficulty terrorist groups, which are in the corners and reduced to cowardly acts,” Macron said in his annual New Year’s wishes to the military.

“The results of our forces in the Sahel, combined with the major interventions of our European partners, will enable us to adjust our efforts,” he said, referring to the arrival of special forces from various EU countries in recent years. months.

“We see results” from French deployment in the Sahel, says Macron

Although Macron praised the success of the militants, the situation is still fragile. Five French soldiers have been killed in Mali this year and four UN peacekeepers were killed there last week.

Militants linked to al-Qaeda and the Islamic State have strengthened their foothold throughout the region, making large parts of the territory unregulated and exacerbating ethnic violence, especially in Mali and Burkina Faso.

Diplomatic and military sources have said that France is expected to announce a partial withdrawal in mid-February. Defense Minister Florence Parly has said Macron and regional heads of state will discuss the situation at a summit in Chad next month.

An opinion poll published last week showed for the first time that the majority of French people oppose the operation in the Sahel. It has put pressure on Macron to consider a major withdrawal before the 2022 presidential election.