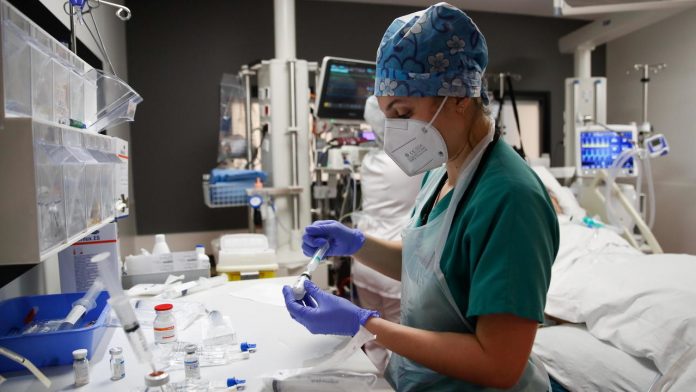 France may be past the worst of its second wave of coronavirus infections, the country’s health bureau said on Friday, warning, however, that protective measures should be kept in place.

The information provided new arguments for store owners who have lobbied for resumption during the crucial Christmas period, while the government tried to decide what to do about the upcoming Black Friday shopping.

“Although the indicators are still at high levels, they suggest that the peak of the second peak is behind us,” the agency said.

President Emmanuel Macron will speak to the nation on November 24 at 8 pm to present an update on the state of health and control measures, according to the news channel BFMTV on Friday.

The number of deaths in Covid has stabilized after several weeks of increases, the agency said, with 3,756 registered deaths compared to 3,817 a week earlier.

French cities that introduced curfews at the earliest now see the sharpest reduction in the number of patients, said Santé Publique.

Lock-in measures had a “direct impact” on patient statistics, which usually began to fall about ten days after restrictions began.

The government placed Paris and some other major cities under curfew on October 17, while others followed a week later.

But since October 30, the whole of France has been under lock-in, albeit less serious than that seen in the spring, with schools still open and a wider range of shops still welcoming customers.

Santé Public said that the “encouraging” statistics “should not make us forget that pending the availability of treatments and vaccines, the only way to slow down the pandemic and reduce its impact on the health system is still to adopt individual preventive measures, combined with collective measures “.

Health Minister Olivier Véran said on Thursday that it is not currently on the agenda to lift the lock.

On Friday, Transport Minister Jean-Baptiste Djebbari warned that it was too early to say whether people would be able to travel at Christmas, saying the Covid trend was still “fragile”.

The national railway operator SNCF has reduced train schedules by 70 percent but plans to ramp back its network to normal capacity from 15 December.