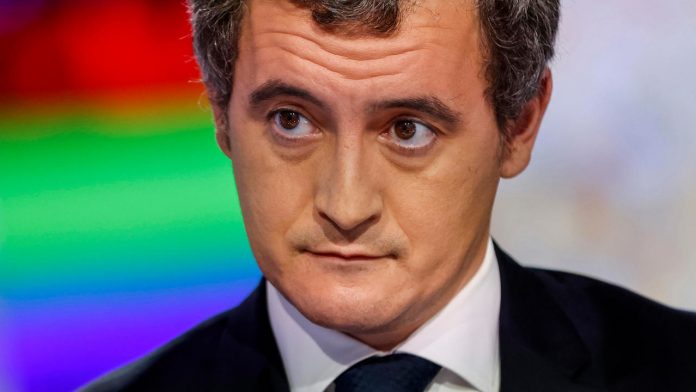 French Interior Minister Gerald Darmanin was questioned by a judge on Monday over rape allegations that led to shouts from women’s organizations when he was named the country’s “top man” in July.

Högerkant’s lawyers told AFP that he “at his own request” had spoken to two investigative courts on allegations of rape, sexual harassment and abuse of trust.

Darmanin has been the focus of protests against President Emmanuel Macron’s central government in recent weeks, as the government introduced a bill that could criminalize the sharing of images by police – even as videos reveal officials beating a black music producer and forcibly deporting migrants camping in central Paris. -torget.

A woman has accused Darmanin of raping her in 2009 after she sought his help in removing a criminal record while he was a legal adviser to the UMP, the forerunner of France’s main right-wing party, Republicans.

“I will help you” but “you must help me too”, said Darmanin, according to her account.

He claims they had consent, but the accusations prompted feminist groups to pick up on his public appearances during his first weeks as interior minister.

The case has been dropped several times, but in June, appeals judges in Paris ordered a new investigation after Darminin’s prosecutors approached France’s highest court.

He is currently being questioned as a witness rather than a suspect, but he could still be prosecuted if judges find “serious or consistent evidence”.

He has filed his own lawsuit for defamation of character.

“You have to realize what it means to be wrongly accused, to have to explain to your parents what happened, because it is true that I had the life of a young man,” Darmanin told a regional newspaper in July.

The minister’s lawyers Mathias Chichportich and Pierre-Olivier Sur said he “will continue to be at the judges’ disposal” for any further questioning.