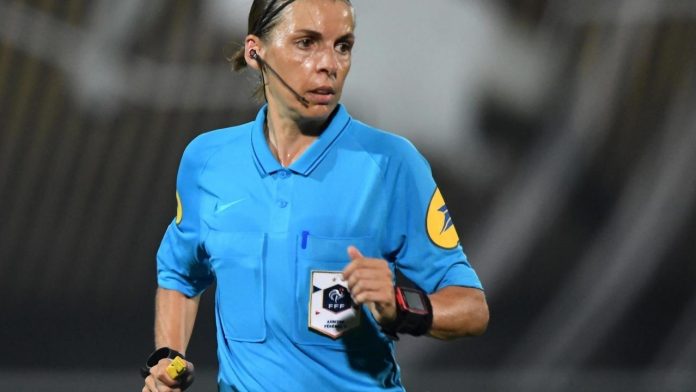 France’s Stéphanie Frappart will be the first woman to referee a Champions League match for men on Wednesday when Juventus host Dynamo Kiev in Turin, the European football board UEFA confirmed on Sunday.

The 36-year-old has already made history as the first woman to referee in the French top flight and took responsibility for the UEFA Super Cup final 2019 between Liverpool and Chelsea. She also made her Europa League debut in October.

This is the first time a woman has been awarded to judge a game in Europe’s most prestigious club competition.

The Italian giants Juventus will host the Ukrainian side Dynamo in Group G at the Allianz Stadium.

Cristiano Ronaldo’s Juve, second in the group, is already in his 16s with leader Barcelona with two games to play.

Frappart, who started judging at the age of 13, was the first female referee in the French second division in 2014 and moved up to Ligue 1 for men five years later.

In Europe, she was also the first woman to referee a men’s international match when she took charge of September’s Nations League match between Malta and Latvia, and she recently refereed her first two Europa League matches – Leicester v Zorya Luhansk on 22 October and Granada v Omonia Nicosia last Thursday.

Frappart follows in the footsteps of two pioneers in Nicole Petignat, the first woman to serve in the 2003 UEFA Cup, and Bibiana Steinhaus, who became the first female referee in a major European league when she joined the German Bundesliga.

“It is at the same time a privilege, an honor and a responsibility,” Frappart said before his first full season at the top in 2019/2020, which was suspended due to the coronavirus pandemic.

“I hope my career will encourage young girls to become judges.”

“There was so much pressure during a historic moment. They remained calm and did what they had to do. I could not have more respect for Stephanie Frappart,” said the German.