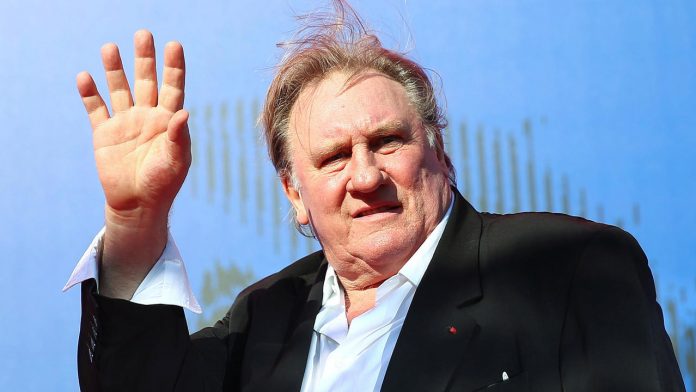 A first investigation into the rape allegations against Depardieu, 72, was dropped in 2019 due to lack of evidence but was resumed last summer, leading to a formal investigation filed on December 16, the source said.

The alleged victim is an actress in her 20s. She accuses Depardieu of raping and attacking her in her Parisian home in August 2018. Depardieu is a family friend, a source close to the matter told AFP.

The woman’s lawyer, Élodie Tuaillon-Hibon, said she hoped her client’s “privacy will be respected” as the case progresses.

Depardieu’s lawyer, Hervé Temime, told AFP that he “completely rejects the allegations” and remains free but under judicial supervision.

Depardieu lost an Oscar in 1991 for his performance in “Cyrano de Bergerac” after a scream over an interview with Time magazine in which he claimed that he had witnessed many rapes during his filthy childhood.

“I say a lot of stupid things,” the actor later said, trying to limit the damage.

A mistranslation of one of his quotes also incorrectly suggested that he participated in a rape when he was only 9 years old.

In 2005, while shopping with a young woman in Florence, Depardieu had trouble beating a journalist who took pictures of the couple. Dario Orlandi said the actor had waved him before hitting him in the face.

The actor skipped a court hearing but found himself guilty and fined 800 euros.

Depardieu made global headlines in 2011 when a flight attendant on a flight from Dublin to Paris prevented him from entering the toilet during take-off. Apparently unable to maintain himself, he urinated in an empty bottle in the hallway and caused spillage on the carpet as the bottle overflowed.

The start was stopped and Depardieu was escorted from the plane. “I’m not a monster,” he later told an American talk show. “I’m just a man who wants to pee.”

The actor sparked outcry a couple of years later by taking Russian citizenship in 2013 in protest of a proposed French tax on the rich.

President Vladimir Putin treated him to dinner to present him with his new citizenship, and Depardieu, in his praise of the Russian leader, nodded. “The Russian nation needs a person just like this – with a Russian temperament. Putin is trying to restore some dignity to the people.”