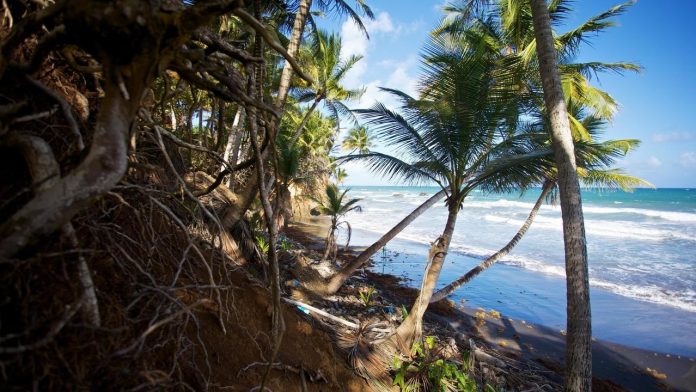 A Paris court will begin hearing a complaint from NGOs backed by two million citizens on Thursday, accusing the French state of failing to act to halt climate change.

NGOs want the court to hold the state accountable for ecological damage and say that victory would be a symbolic step in the fight to persuade governments to do more.

An international agreement signed in Paris five years ago aims to limit global warming to less than 2 degrees Celsius above pre-industrial levels, and preferably to 1.5 degrees.

But experts say that governments are far from fulfilling their commitments and anger is growing among the younger generation over passivity, symbolized by the campaigns for the Swedish teenager Greta Thunberg.

The French case is part of a growing pressure from climate campaigns around the world to use courts against governments.

In 2019, the Dutch Supreme Court ordered the Netherlands to reduce its greenhouse gas emissions by at least 25 percent of 1990 levels by the end of 2020 following a case brought by a non-governmental organization.

The French case began in December 2018 when four NGOs accused the government of not reducing emissions in a formal complaint supported by more than two million people in an online petition – a French record.

Unsatisfied with the response, NGOs, including Greenpeace France and Oxfam France, filed their legal complaints in March 2019, demanding symbolic damages of just one euro ($ 1.21) from the state.

“We are full of hope for this hearing and the decision that will follow,” Jean-Francois Julliard, head of Greenpeace France, told AFP.

Julliard said he wanted the court to admit that the state was not doing enough.

“The icing on the cake would be a decision to urge the state to do more to put France back on track for the Paris Agreement,” he said.

While France is committed to reducing its emissions by 40 percent by 2030 compared to 1990, NGOs say it exceeds the carbon budgets they promised.

They also complain about shortcomings in the energy renovation of buildings or the development of renewable energy and say that this has a daily impact on the health and quality of life in France.

NGOs have presented 100 testimonies from individuals in their cases after collecting more than 25,000 online.

“For me, climate change – with the increase in the frequency of natural disasters, the rise in sea temperatures and the development of coastal erosion – is a reality now,” said Jean-Francois, a mussel producer on the island of Oleron in western France.

The government rejects accusations of passivity and points to the Energy Limit Act of 2019 which “strengthens the climate goals” by striving for carbon neutrality by 2050 or a reduction of 40 percent in the use of fossil fuels by 2030.

In its defense sent to court, the government also rejected claims for compensation for ecological damage, arguing that the French state can not be held solely responsible for climate change when France represents about 1 percent of global emissions.

Julliard acknowledged that the case could be a double-edged sword for NGOs.

“If we lose, it will be easy for the state to say, ‘We won in court, so stop your incessant demands,'” he said.