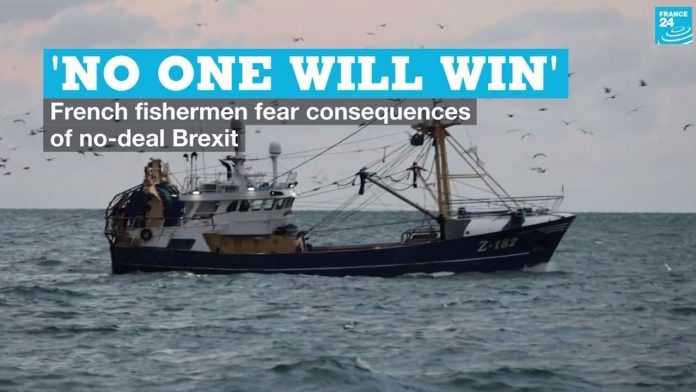 As the deadline approaches an agreement on a trade agreement between Britain and the European Union after Brexit, fishermen in France fear that they may soon be prevented from fishing in British waters if an agreement cannot be reached soon, which they say would be a disaster for their supply.

Fishing rights are one of the main fixed points when the Brexit negotiations go down.

The UK wants British fishing vessels to be given priority in British waters. But the EU is working to keep the current supply and quotas for EU vessels largely unchanged.

However, if an agreement cannot be reached on 1 January, it could mean that French and other EU boats will no longer be able to fish off the coast of Britain at all.

For French fishermen like the Margolle brothers, based in Boulogne-sur-Mer, France’s busiest fishing port, it would be a disaster.

They earn more than half of their annual income from fish caught off British shores.

“If there is none, it will be complicated because European boats will no longer have access to British waters,” Nicolas Margolle told Reuters.

“So we will all be in the French strip – with all the Belgian, Dutch boats, French, of course. There will never be enough space for everyone. And so the resources will be wiped out.”

“It would be a disaster for the entire coast,” added his brother, Jeremy.

The British fishing industry is also losing heavily if a deal cannot be secured. Selling their catch would mean limited access to the EU market for British fishing vessels.

And as the deadline for an agreement approaches, the future looks uncertain for fishermen on both sides of the canal.