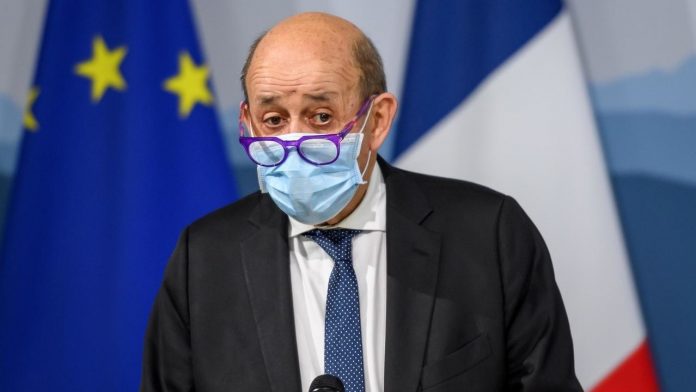 French Foreign Minister Jean-Yves Le Drian said on Sunday that he shared the view of President-elect Joe Biden that President Donald Trump’s challenges to US presidential performance were “irresponsible”.

France’s foreign minister said on Sunday that he shares US President-elect Joe Biden’s view that President Donald Trump’s challenge to the November 3 presidential election is irresponsible.

On Thursday, Biden called Trump’s efforts to turn the result around “completely irresponsible”.

“I never spoke that way but we’ll get to such a point! I think Joe Biden’s comment reflects reality and I say it very clearly.”

France, like many countries around the world, quickly congratulated Biden on November 7 after securing the votes needed to win the election.

Trump has not conceded and continues with long-range attempts to reverse the result. Because of this, Biden does not receive the classified information due to an elected president, and his transition team has not received funding, office space, and reviews from current government officials that are normally given to an incoming administration.