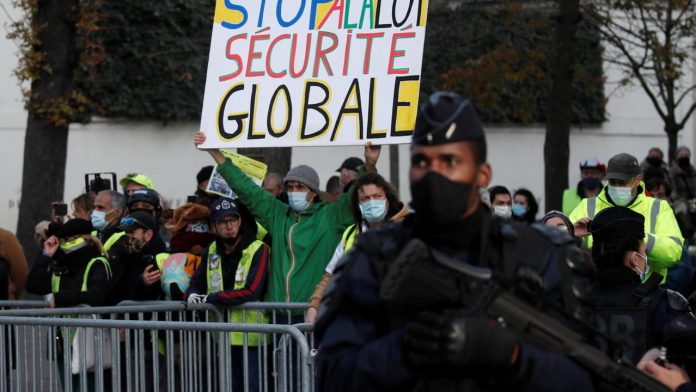 French Prime Minister Jean Castex said on Thursday that the government would review the wording of a controversial bill that would restrict citizens who filmed police and published the images.

In the wake of a new scandal over police brutality that has led to new backtrack pressure, Castex announced that it would set up “an independent commission responsible for proposing a new wording of Article 24.”

Article 24 of the “Comprehensive Security” Act, adopted at first reading in Parliament’s lower house on Tuesday, would criminalize the publication of images of police officers on duty with the intention of harming their “physical or mental integrity”.

Media groups in France, including AFP, have raised concerns about the possible impact on journalists covering police operations, while other critics say the wording is intended to discourage citizens from filming police and holding them accountable.

The law has prompted French and UN rights experts as well as the European Union to express concern about its possible impact, while thousands of protesters have already made their opposition clear in street protests.

Supporters of the law, especially Interior Minister Gerald Darmanin, say it is necessary to protect the identities of law enforcement officials who risk harassment, threats and violence.

Mobile images of police brutality have played a key role in recent scandals in France, as well as in the global uprising over George Floyd’s death during his arrest in the United States in May.

On Thursday, video footage of three police officers beating a black music producer inside his studio in Paris caused a scream that saw politicians, football players and millions of social media users express their disgust.

After cleaning the lower house, the draft security law must now be approved by the Senate. Some experts believe that it may also be distrusted by the French Constitutional Court.