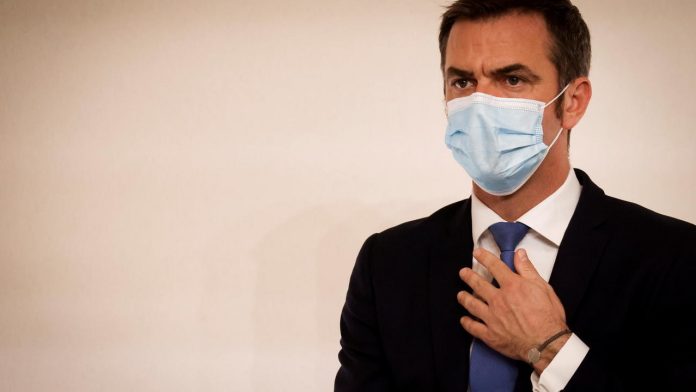 French Health Minister Olivier Véran said on Thursday that the mental health of people in France deteriorated during the second Covid-19 lockout due to anxiety and insecurity caused by the pandemic.

The French health minister opened his weekly press conference with a gloomy assessment of how the virus – and two subsequent lock-ins – had affected people’s mental well-being.

“The mental health of the French deteriorated significantly between the end of September and the beginning of November,” he said.

“A consequent increase in depressive syndromes” has been observed in recent weeks, “for all socio-demographic profiles”, the minister continued. “It seems to be particularly pronounced among people in financial difficulties, 18-24 year olds and those suffering from mental disorders.”

Véran confirmed comments made on Tuesday by Jérôme Salomon, the country’s top public health representative, who spoke of “a significant increase in depressive symptoms”.

“The psychological effect of the pandemic, of the lock is real,” continued the health minister, who also spoke of a “significant increase in anxiety” in France “since the end of August”.

Mr Véran acknowledged that “the restrictions imposed” by the French “on the lock” were not insignificant and not without consequences. “

Hospital admissions are decreasing for the third day in a row

Since the pandemic began, 2,086,288 people in France have been infected with the virus, making the country the fourth worst in the world for infections behind the United States, India and Brazil.

President Emmanuel Macron has said that the number of daily cases must fall below 5,000 before the government can begin to significantly reduce its latest restrictions.

France’s second lock-in of Covid-19, called réconfinement, ends on 1 December. Macron will speak to the nation next week about the pandemic and the evolving constraints.

France will win its fight against coronavirus but it is a fight that will take time, warned Véran.

“The virus circulates less than before the lockdown. We must not betray our efforts … The lockdown is not over,” he added.