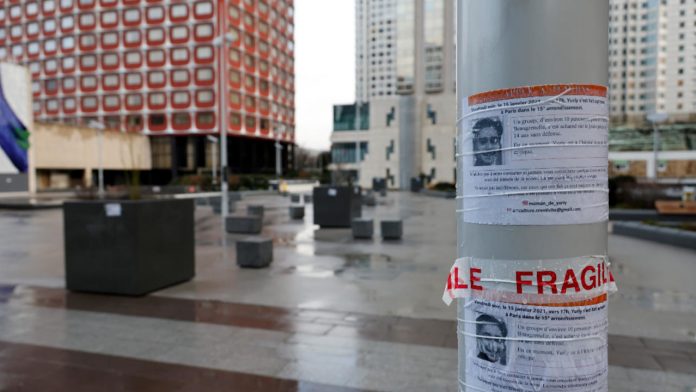 Police have arrested nine young people for the vicious beating of a teenage boy who was caught on video and went viral, prosecutors said on Thursday.

The attack in a lively and well-run neighborhood in Paris shocked residents, although police have noted violent disputes between rival youth gangs in the area.

The detained suspects – eight minors and a young adult – are being investigated for attempted murder, gang violence and theft, prosecutors said.

Nataliya Kruchenyk, the mother of the 15-year-old victim named Yuriy, said this week that he had come out of a coma caused by doctors after the January 15 attack near a shopping center in the 15th district.

Kruchenyk said her son had left school with friends when he was accused by a dozen people, a scene captured by a surveillance camera.

The attackers, some hiding their faces with hoods, kicked and hit him while lying on the ground and also hit him with what appeared to be a tool.

Yuriy carried a screwdriver in his pocket when he was attacked, prosecutors said on Thursday.

Lawmakers and celebrities including footballer Antoine Griezmann and actor Omar Sy in the hit series “Lupine” condemned the assault, which police said may have led to a gang rivalry.

Justice Minister Eric Dupond-Moretti has promised that “there will be no impunity for Yuriy’s attackers”.