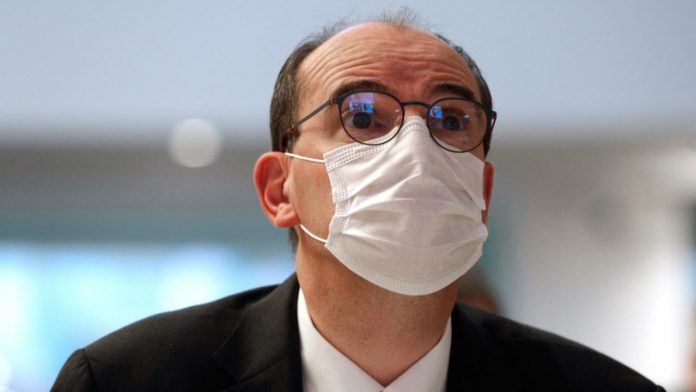 Six days after the curfew went into effect in Greater Paris and eight other metropolitan areas, French Prime Minister Jean Castex is scheduled to announce new measures to curb the spread of coronavirus as cases rise across the country.

France is set to place more regions at the highest alert level as coronavirus infections continue to spread.

Castex’s press conference is expected to include “an announcement that a certain number of departments will be moved to the maximum alarm level,” government spokesman Gabriel Attal said Wednesday after a cabinet meeting.

A curfew would also be ordered for some of these regions.

A curfew from kl. 21 to kl. The curfew affected about 20 million French people.

Residents need to download a certificate for activities that are allowed after opening hours – such as travel to or from work, for medical care, to visit a dependent relative or to walk a dog.

Those who do not comply will risk a fine of € 135, while repeat offenders may be fined up to € 3,750. About 12,000 police officers and gendarmes, in addition to municipal police teams, were deployed to enforce the initial curfew.

The government has said it did not expect the curfew to have a real impact on virus numbers until two or three weeks have passed.

The French Ministry of Health reported a record number of newly confirmed cases on Saturday at 32,427, exceeding the 32,000 mark for the first time, while the number of Covid-19 patients in intensive care rose above 2,000 on Monday for the first time since May. The country reported 166 deaths in a 24-hour hospital on Wednesday, bringing the number of French deaths since the start of the epidemic to over 34,000.