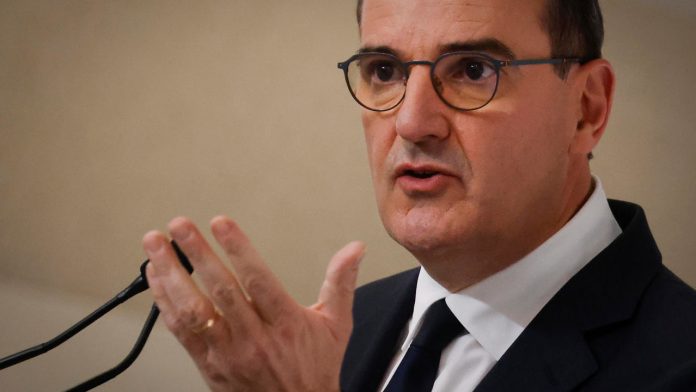 French Prime Minister Jean Castex said on Friday that his government would introduce legislation to improve the protection of public servants from threats.

France has cracked down on Islamist militants after the beheading of schoolteacher Samuel Paty on October 16, who was killed by an 18-year-old man born in Chechnya, angry at Paty’s use of caricatures of Prophet Mohammad in a class on freedom of speech . Police shot the attacker to death.

In the course of the murder, the parent of one of Paty’s students and a well-known Islamist radical had run a social media campaign against the teacher.

Prosecutors said their posts contained the teacher’s name as well as the address of the school so his killer could find him.

Both are accused of complicity in a terrorist murder.

Castex said a pending bill defending secular values ​​against radical Islam – known as an anti-separatism law – would now be amended to allow prosecution of anyone who publishes personal information online if it “threatens someone else’s life”.

Castex said it would submit the additions to the French cabinet in December.

Once enacted into law, the provision will allow for “punishment for those who send personal information and thus threaten the life of a person, such as a teacher,” Castex said after Friday’s session of the French Defense Council.

The bill also allows for the prosecution of those who “put pressure” on officials, Castex said, “with words or deeds, as was the case against Mr Paty and the school principal in Conflans-Sainte-Honorine, the Paris suburb where the murder took place.

Paty’s killings have led to an outpouring of sentiment in France, with tens of thousands taking part in rallies nationwide in defense of freedom of speech and the right to mock religion.

Seven people have been charged in connection with the murder, and police have carried out dozens of raids on alleged Islamist sympathizers.

Castex said Friday that police had arrested 27 people over illegal online posts in recent days after raids on 56 homes.

Thousands of more raids were planned, he said.