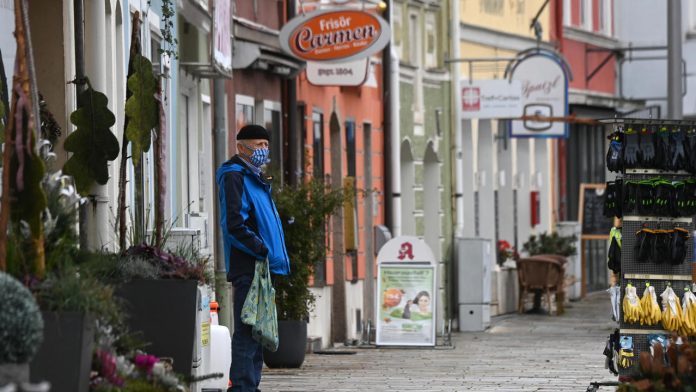 Chancellor Angela Merkel announced on Wednesday that German officials have accepted a four-week closure of restaurants, bars, cinemas, theaters and other leisure facilities in an attempt to curb a sharp rise in coronavirus infections.

Merkel and the country’s 16 state governors responsible for imposing and easing restrictions agreed on the partial shutdown in a video conference on Wednesday. It is set to take effect on Monday and last until the end of November.

Merkel said: “We must act and now avoid an acute national health emergency.”

Shops and schools must remain open, unlike during Germany’s closure during the first phase of the pandemic in March and April. Restaurants will be able to provide take-out food.

Merkel appealed to people not to take unnecessary trips, saying hotels will not be able to accommodate people on tourists.

The decision came hours after Germany’s disease control agency said a record 14,964 new confirmed cases were recorded across the country during the last day, leading to the national total pandemic of 449,275.

Germany, which has 83 million people, also registers 27 more virus-related deaths and raises the total number of deaths to 10,098, the Robert Koch Institute said on Wednesday.

“We compensate the affected companies, institutions and clubs,” she said.