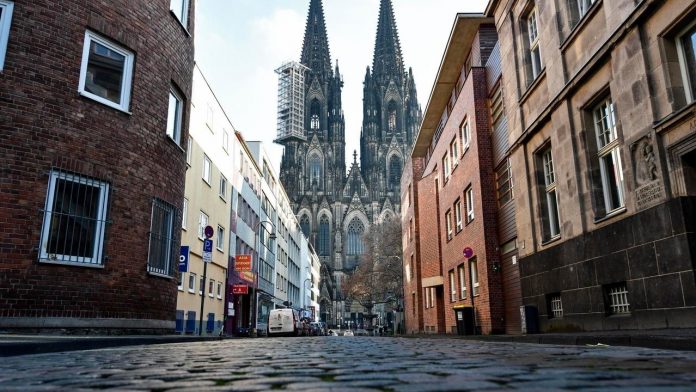 Germany reported a record level of coronavirus deaths when it went into a tighter deadlock on Wednesday, closing shops and schools to try to bring down stubbornly high daily infections.

The country recorded 179.8 virus deaths per 100,000 inhabitants in the last seven days, a new peak and significantly more than the 149 per 100,000 reported a week ago by the Robert Koch Institute, the country’s public health agency.

It also blew past its previous daily death toll, with Germany’s 16 states reporting that 952 more people had died from the virus, the institute said. It was much higher than the previous daily record of 598 deaths on Friday, although it included two-day figures from the hard-hit eastern state of Saxony, which did not report on Tuesday. That brought the country’s total death toll to 23,427.

In the face of exponentially increasing cases in October, Germany implemented a “lockdown light” in early November, which closed bars and restaurants but left shops open. The measures succeeded in leveling out new daily infections but did not bring them down, which led to the new stricter restrictions.

In addition to closing shops and moving children to distance learning a few days before the Christmas weekend, private gatherings are limited to, among other things, two households with a maximum of five people.

“Return to normal in the summer”

In Saxony, where the virus is spreading fastest in Germany right now, hospitals are filling up. The state governor said more drastic restrictions may be necessary, calling it “pure poison” when too many people were still out and about.

The restrictions are expected to last until at least January 10, but enjoy widespread public support, with the latest polls showing that more than 80 percent of Germans approve of the lock-in measures or think they should be stricter.

FRANCE 24’s Berlin correspondent Nick Spicer said compliance with the new restrictions seemed high in the German capital: “It’s hard to find someone on the street to talk to; if you go to the shopping area it is empty. ”

“This year, I do not think Christmas is that important, given the facts we have in society right now,” Stella Kretschmer, a 27-year-old student in the western city of Cologne, known for her cathedral, told the Associated Press.

The student said she was in favor of closing stores.

“For me, consumption is not the most important thing,” she said, adding that she “feels sorry for the people who … have to fear for their jobs”.

Germany was widely praised for slowing down the spread of the outbreak in the spring, but as people grew lax with distancing and worming rules during the summer, the number of cases began to climb again.

While daily new cases peaked in March at around 6,000, they are now more than four times that level, with 27,728 new cases reported on Wednesday by the Robert Koch Institute.

Two weeks after Britain became the first Western country to approve a Covid-19 jab, German officials have pressed the Brussels regulator hard to speed up its approval of a vaccine.

“The question in everyone’s brains is: when will we be vaccinated,” Spicer observed.

The European Medicines Agency has presented a meeting on the issue by 21 December from 29 December.

“The first Europeans are likely to be vaccinated before the end of 2020,” European Commission President Ursula von der Leyen wrote on Twitter on Tuesday.

In the light of the forthcoming vaccinations, German officials have urged people to be patient and respect the rules during the Christmas period.

German Health Minister Jens Spahn said the country was ready and could begin vaccinating within two to four days of EMA approval. “In the summer we will be able to return to normal, step by step,” he told RTL TV.

Germany was not the only European country to tighten Covid-19 restrictions on Wednesday. The Netherlands further increased the strict five-week lock-in of coronavirus that took effect just a day earlier, amid a backlash over some large stores that remain open. On the same day, the country reported more than 11,000 new coronavirus cases in 24 hours and broke a new record.

London on Wednesday moved into the highest level of coronavirus restrictions in an attempt to control rising infection rates and gave another blow to hospitality sites before Christmas.

The UK capital’s transition to “Tier 3” means theaters, pubs and restaurants will have to close, although takeaways may still work.

People can now not hang out with someone who does not come from their household or support bubble but can meet in groups of up to six in public places outside.

“This action is absolutely necessary, not only to keep people safe but because we have seen early action can prevent more harm and long-term problems later,” Health Secretary Matt Hancock told the British Parliament.