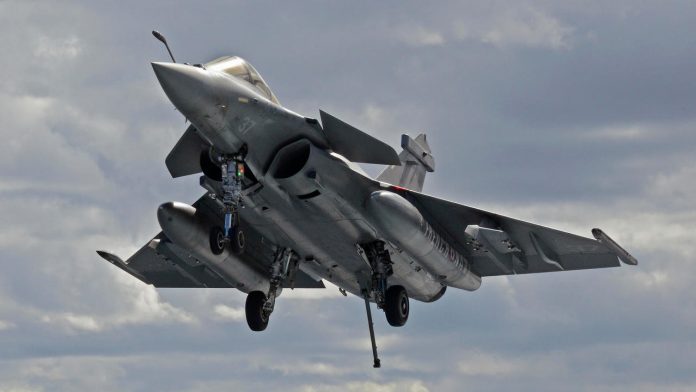 Greece and France signed a € 2.5 billion warplane agreement on Monday as part of a plan to upgrade Greece’s armed forces in response to Turkish challenges in the eastern Mediterranean.

In the deal, Greece will buy 18 Rafale jets, 12 of which are used, manufactured by the French company Dassault to strengthen its forces during their regular air battles with Turkish pilots over the disputed Aegean airspace.

It comes when the longtime regional rivals start a round of exploratory talks about their conflicting interests in the Mediterranean, their first in almost five years.

A spokesman for the Greek government insisted the talks were “non-negotiable” and “non-binding”.

France has strongly supported Greece in its departure from Turkey due to natural gas resources and marine influence in the waters off their respective coasts.

A group of Greek air force pilots and technicians will travel to France for training in the next few days, he added.

During his visit on Monday, Parly said France would soon present “proposals to renew Greece’s fleet of frigates”.

In August, Turkey sent an exploration vessel and a small fleet to conduct seismic research in waters that Greece considers to be its own under the pre-war treaties.

Greece responded by shadowing the Turkish flotilla with its warships and by conducting naval exercises with several EU allies and the United Arab Emirates.

Unlike other EU and NATO allies, France strongly supported Greece in the deal with Turkey.

Under Joe Biden, the United States is cooling off relations with the Saudi Crown Prince