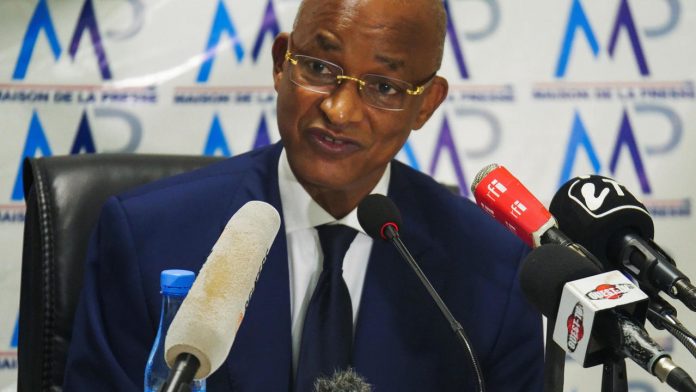 Guinea’s opposition candidate Cellou Dalein Diallo said on Monday that he had won the first round of presidential elections on October 18, but his claim was quickly disputed by the election commission and the government, setting the stage for a stand-off.

“Despite the serious irregularities that mar the smooth running of … the election and given the results that came out of the ballot papers, I will win this election in the first round,” Diallo told reporters and cheering supporters.

He did not give any figures, but said the census was based on his party’s census, and not an official census conducted by the National Electoral Commission, which has not yet published results.

The Election Commission said Diallo’s demands had no weight.

“The Independent National Electoral Commission is the only body that is allowed to give preliminary results. It is neither for a political party nor for any person to do so,” Mamadi 3 Kaba, a spokesman for the Commission, told Reuters.

“We regret Mr Diallo’s position and we say that this statement is invalid,” he added.

The Guinean government said in a statement late Monday that Diallo’s statement was irresponsible and could then lead to confusion and undermine peace in the West African state. It warned that it could bring criminal charges against him.

The government said results from over 15,000 polling stations were still being counted. “It is impossible at this stage of the process to have neither tendencies, let alone the results of the vote.”

Diallo is the main challenger to Guinea’s 82-year-old incumbent president, Alpha Conde, who is seeking a third term following a constitutional amendment in March that sparked deadly protests.

Following his announcement, Diallo’s supporters swept the streets of his strongholds, declaring their claimed victory.

Diallo said on Twitter that three young men were killed in the capital and several others were wounded by security forces while celebrating his victory.

The government was not immediately available to comment on the deaths.

“This strategy of forced, premature and unjustified celebration was carefully planned long before the election,” Camara said in a statement.

Rights groups say at least 50 people have been killed in the past year during demonstrations against the constitutional amendment that allowed Conde to seek at least six more years in power.