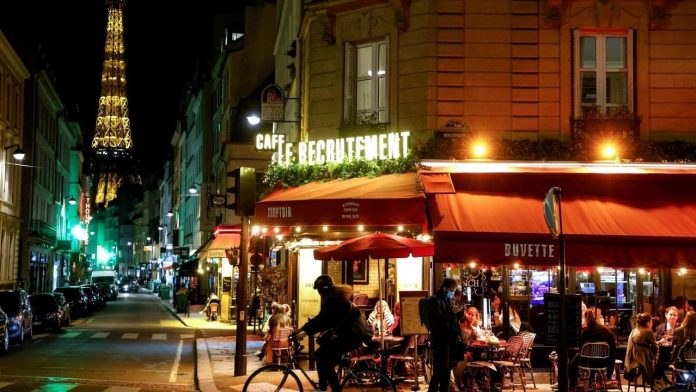 French officials said on Tuesday that stricter restrictions threatened to counter an alarming rise in Covid-19 cases, as doctors warned that many hospitals are only days away from being overrun by patients.

President Emmanuel Macron is due to speak to the nation Wednesday night to present new measures that will be decided at back-to-back meetings of the Defense Council and the Cabinet, the presidency said.

“At some point, we will have to make tough choices … as our neighbors have done,” he said, referring to strict new measures announced for Italy, Spain and elsewhere in Europe.

The French government has been reluctant to impose a new lockdown that would hit the economy even harder, and business executives have warned that a total shutdown will force another wave of layoffs and bankruptcies.

Instead, authorities imposed a curfew this month, which now requires about 46 million people – two-thirds of the population – to be home by noon. 21:00 to 06:00, as the number of daily virus cases has flared up.

Media reports say Macron, who met on the subject with senior ministers on Tuesday, may have extended the exit ban period, possibly with a full lock over the weekend, otherwise order targeted shutdowns for the hardest-hit regions.

Another option could be to postpone the students’ return from the autumn holidays, which end on the weekends, especially to colleges and universities.

Prime Minister Jean Castex, who met with political party and union leaders on Tuesday, said new measures against the spread of coronavirus were “indispensable” and that the whole country needed to be mobilized to “protect French lives”.

Castex will be responsible for presenting the government’s decisions to parliament on Thursday.

France on Sunday recorded a dismal record of 52,010 coronavirus infections in 24 hours.

On Tuesday, it reported more than 33,400 new cases and 523 coronavirus deaths in 24 hours, as well as a net increase of 74 admissions to intensive care.

This brought the total number of people in intensive care to 2,918, over half of the country’s total capacity of 5,800.

Some hospitals have been forced to start transferring patients to less crowded facilities.

“The outbreak is out of control,” infectious disease specialist Gilles Pialoux told TenF Hospital in Paris on BFM television.

He called on the government to adopt “a drastic measure, call it a lockdown” for the whole country despite the economic toll.

“The economy can bounce back, but you don’t bounce if intensive care fails,” he said.

On Monday, the head of the government’s medical advisory panel, Jean-Francois Delfraissy, said the severity of the second coronavirus wave had surprised experts.

“This second wave is likely to be worse than the first,” he said, warning that “many of our fellow citizens are not yet aware of what is coming.”