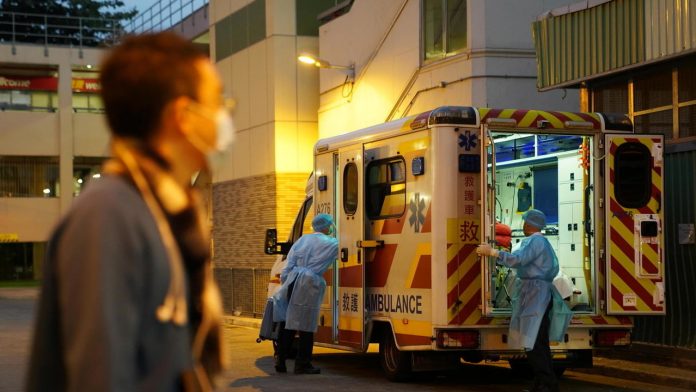 Late Sunday, Hong Kong police arrested a Covid-19-positive patient who fled on Friday from one of the city’s largest hospitals under treatment.

Li Wan-keung, 63, originally identified as Patient 7379, was admitted to the isolation ward of Queen Elizabeth Hospital on December 14 after being confirmed to have Covid-19.

However, police said the man fled the ward via a stairwell on Friday, wearing a jacket over hospital clothes.

Police said on their Facebook page late Sunday that Li was caught in the working class area of ​​Mong Kok around 2300 (1500 GMT) and sent to hospital for treatment.

Hong Kong has so far reported more than 8,000 cases of coronavirus and 130 deaths.