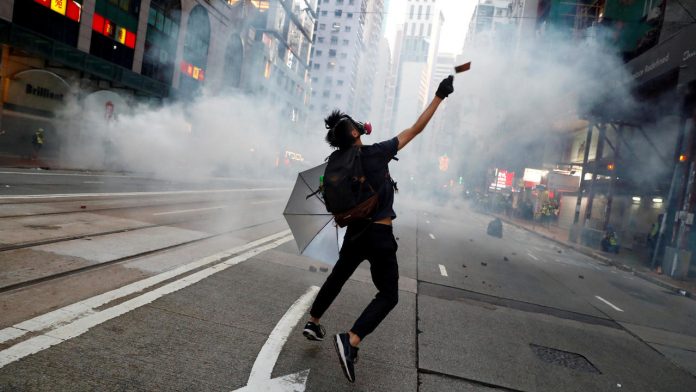 The Hong Kong government decided to use a colonial-era crisis law to ban face masks during protests last year that were both proportionate and legal, the city’s Supreme Court ruled on Monday.

The verdict is a blow to democracy supporters who had hoped that the court of final appeal would face a lower court and set aside the decision.

It also confirms that Hong Kong’s executive director – a pro-Beijing nominee – has the power to pass laws in a time of general emergency without having to be approved by the city’s partially elected legislators.

They were eventually interrupted by mass arrests, a coronavirus ban on public gatherings, and Beijing introduced a new national security law for the city in June.

Face masks became ubiquitous as a way to reduce the risk of identification and prosecution for those participating in peaceful marches or violent collisions with police.

In October last year, CEO Carrie Lam banned anyone who covered their face in public meetings with the Emergency Ordinance, a 1922 British colonial law.

Opposition lawmakers challenged both the use of the emergency and the ban on wearing masks at allowed meetings.

They claimed that the violation violated Hong Kong’s “fundamental law” – the city’s mini-constitution.

A lower court had agreed with those who raised the challenge and expressed concern about the emergency law and the proportionality of the face mask ban.

But on Monday, a panel of top judges unanimously supported the government.

“The extent of the power to legislate under the ERO in an emergency or in circumstances of general danger, even if broad and flexible, was not unconstitutional,” the judges ruled.

Prohibiting face masks at both illegal and lawful meetings was proportionate because it aimed at “preventing and deterring violence before a peaceful public gathering had deteriorated into violence.”

In a somewhat ironic twist, the Hong Kong government has made the use of face masks publicly mandatory for most of the year to combat the coronavirus pandemic.