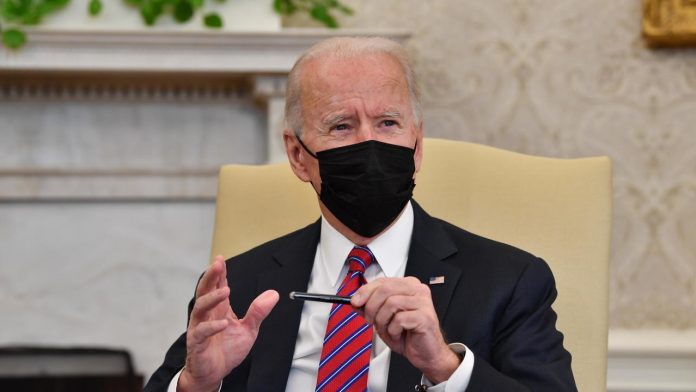 President Joe Biden and a group of ten Senate Republicans have offered competing proposals to help the United States respond to the coronavirus pandemic and provide financial relief to businesses and families.

The president will meet with senators on Monday in the White House in what press secretary Jen Psaki described as “an exchange of ideas” and not a forum for Biden to “leave or accept an offer.” Meanwhile, Democratic leaders in Congress are laying the groundwork for addressing Biden’s proposals in the coming weeks.

A look at the big differences:

Support for state and local authorities

The bid would send $ 350 billion to state and local governments to ease cuts in services and keep police, firefighters and other government workers at work.

The Republican senators did not include any direct relief for state and local governments in their proposals. There has been strong opposition in the GOP to such aid, and many argue that it would reward states for poor tax management.

Biden proposes $ 170 billion for education. Most of the money would go to schools for students in kindergarten through 12th grade to compensate for the necessary costs to reopen safely. About $ 35 billion would be directed at universities and colleges.

The Republican plan sets aside $ 20 billion for schools that serve kindergarten through 12th grade as part of an initiative to get children back to school.

Biden proposes $ 40 billion in federal spending on child care. Within that amount, $ 25 billion would go to an “emergency stabilization fund” to help child care providers compensate for necessary expenses to resume or stay open. An additional $ 15 billion would go to a long-term blockchain program that subsidizes childcare costs for low-income families with children under 13. Biden is also calling for increased tax credits to cover the costs of childcare.

The ten GOP senators are calling for a $ 20 billion boost to that blockchain program.

The GOP plan also extends unemployment benefits, but to $ 300 per week through June 30.