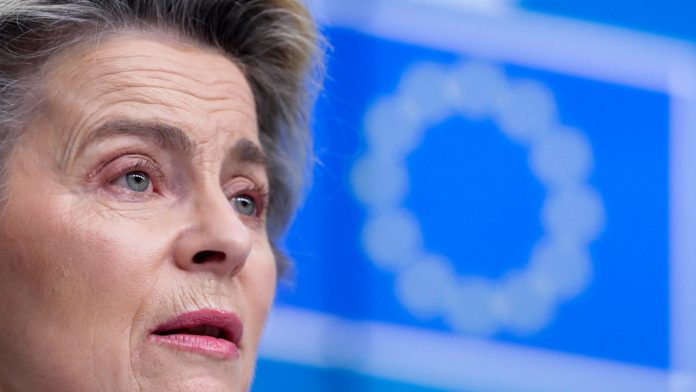 As EU countries suffer the consequences of a sluggish Covid-19 jab rollout, analysts reject a Brussels procurement that lacked both urgency and expertise while vaccinations ran ahead in the bloc’s former member Britain.

Thanks to a troubled procurement program, the EU’s vaccination level is around one – fifth that of the UK. Britain has vaccinated more than 10 million people – the third highest proportion after Israel and the United Arab Emirates – after compiling the largest vaccine stock per capita last year.

Vaccines are most needed in Portugal – currently the world’s worst Covid-19 hotspot – but the country’s vaccine chief warned on Wednesday that the country “can not do much more” because the EU has not provided enough jabs.

The Spanish authorities stopped all vaccinations in the Madrid region for ten days from 27 January due to a lack of jabs. The next day, three French regions, including the Paris area, faced such a shortage that they had to discontinue first-dose injections to ensure that those who had already vaccinated their second doses.

This came among the European Commission’s imbroglio with AstraZeneca, which developed its partnership with Oxford University. The EU planned for around 80 million doses to arrive in March. But the Anglo-Swedish company informed the EU on 22 January that due to problems at a factory in Belgium, it could only deliver 31 million doses within that time frame.

The UK signed its deal three months earlier than the EU, which gave AstraZeneca time to iron out logistical issues, the company said. Brussels asked the Anglo-Swedish company to divert supplies from the UK, but the company said its contract with the UK prevented this.

Britain negotiated a “much tighter contract”, says Adrian Wooldridge, political editor of The Economist and co-author of “The Wake-Up Call”, a book about the Covid-19 pandemic.

AstraZeneca agreed on 1 February to deliver an additional 9 million doses to the EU, bringing the total to 40 million doses by the end of March – half of what the EU originally expected.

The EU has also had procurement problems with Modern Jab. The US biotechnology company told the Italian government on January 29 that it would provide 20 percent fewer vaccines than planned from early February. Meanwhile, the French government announced that it would receive 25 percent fewer Moderna jabs than expected in February.

Likewise with the Pfizer-BioNTech vaccine. Following Brussels’ first order in November, the US pharmaceutical giant announced on 15 January major delays in the distribution of jabs to the EU – urging six countries to write to the Commission and complaining about an “unacceptable” situation.

Once again, the UK acted faster and bought its Pfizer-BioNTech doses in July. Pfizer offered the EU 500 million doses the same month – but Brussels rejected the proposal, saying it was too expensive, according to an internal EU document seen by Reuters.

“The order came late and focused on price; It seems that the EU thought that vaccines were not a priority, says Nicolas Bouzou, head of the Paris-based consulting firm Asterès.

Last summer, there was “no rush” from the EU because “the contrast with the health disaster in the United States made European officials forget that the pandemic was in fact a state of emergency that required a decisive method of vaccination”, Bruno Macaes, a political scientist at Washington DC’s Hudson Institute and former Portuguese Minister for Europe, wrote in the British newspaper UnHerd.

Before Covid-19, the EU left health policy to national governments. However, Brussels took responsibility for vaccine procurement in the summer of 2020, as part of what Von der Leyen called a “European Health Union” at its “Union of State” address in September.

Member States were free to opt out of this supranational system, but no one did. Brexit made it “easy” for Britain to go its own way on vaccines, Bouzou said.

“The European Commission is very good at negotiating things like trade agreements, but traditionally it has not had expertise in such matters as vaccines and contract negotiations, which were left to the Member States,” Wooldridge pointed out.

“The Commission decided to increase its skills and it was not up to the job – it did not have the right people or the right skills,” he continued.

However, Britain added a successful venture capitalist specializing in life sciences, Kate Bingham, who is in charge of its vaccine procurement program. “Her competence is to buy vaccines and establish contracts, and that is not Ursula Von der Leyen’s competence or anyone else in her employment,” Wooldridge wrote.

The EU was hailed as an example of such expertise in protecting the interests of its member states during Britain’s convulsive divorce from the bloc. But on January 29, the vaccine fiasco threatened to undermine it. In what many saw as a sign of desperation, Brussels triggered an emergency clause in the Brexit deal to impose export controls on vaccines sent to Northern Ireland.

This would have required a hard border between the British province and the Republic of Ireland – after several years of Brexit hassle keeping the border open through a solution that London, Dublin and Brussels could all agree on. The 1998 Good Friday Agreement – which ended the problems – obliges both the United Kingdom and Ireland to ensure an open border.

The European Commission U-turned a few hours after the announcement and bowed to outrage from Belfast, London and Dublin.

Despite backtracking against Northern Ireland, the European Commission on the same day introduced a regulation blocking the export of vaccines to around 100 countries, unless exporters are relinquished by their national government. This led to a reprimand from WHO Deputy Director-General Mariangela Simao, who told reporters that the export ban was a “worrying trend”.

‘The best advertising for Brexit’

EU vaccination errors even provoked harsh criticism in Germany, the continent’s most pro-European country. The commission’s handling of vaccine procurement has been “crap”, German Chancellor and Finance Minister Olaf Scholz told the rest of the government on Thursday.

It is “the best advertisement for Brexit”, wrote Die Zeit, a pillar of German Europhilia, in an editorial last weekend.

“Hardliners in Britain will not forget Von der Leyen’s own Brexit goal” when they almost introduced a hard border with Northern Ireland, the German newspaper continued, while British Europhiles “increasingly wonder if the departure from Brussels was so bad after all” .

As experts predicted, Brexit has introduced costly friction on trade – while Boris Johnson’s deal replaced the risk of a problematic border between Britain and the Republic of Ireland with the reality of problematic barriers between Britain and Northern Ireland, which caused concern and anger among many union members. in the province. “The details of Brexit have not worked well,” Wooldridge said.

However, the EU’s vaccine fiasco “could not have been better designed for Brexiteers, which showed their idea of ​​leaving the EU meant leaving a sclerotic institution”, he continued.

“It has a geopolitical effect,” Bouzou added. “The EU looks like a loser while Britain, the United States, Israel and even Russia look like leaders.”