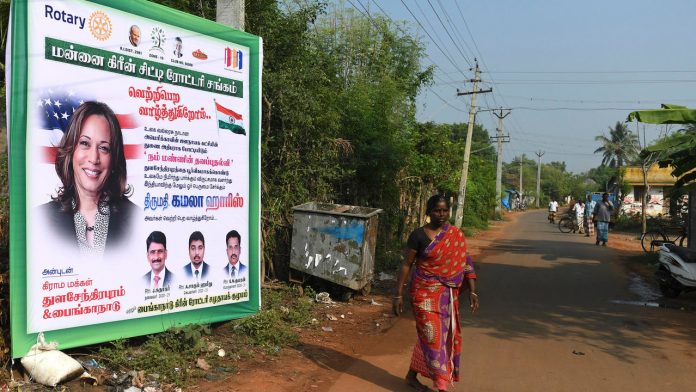 In India, all eyes will be on Kamala Harris when she becomes US Vice President in January. Jowhartraveled to her ancestral village to see what the locals think of her choice.

In the southern Indian village of Thulasendrapuram, where Kamala Harris’ ancestors come from, people are filled with pride in their election and celebrated the victory of the Democrat with a huge prayer in the temple.

“We are sure she will do a great job,” said one woman. “It is obvious.”

Another woman said she was more inspired by her gender than by her ethical origins. Harris has shown women “how to succeed and be brave,” the woman said.

Harris’ uncle, Balachandran Gopalan, remembered her as a curious and playful child, but said that her serious side came to light when she entered public life with her attempt to become a district attorney. Then she was “very focused and intelligent” and she stuck to her values, he said.

But not everyone in India is so happy, especially to the right of the Hindus.

“She will constantly stay behind these left-wing elements in our country who regard every event as a genocide, as a sniff of democracy, as a Muslim orientation,” said BJP leader and member of Parliament’s upper house Subramanian Swamy. “She may be very pro-Indian but she will not be pro BJP or very well inclined to the Indian government.”