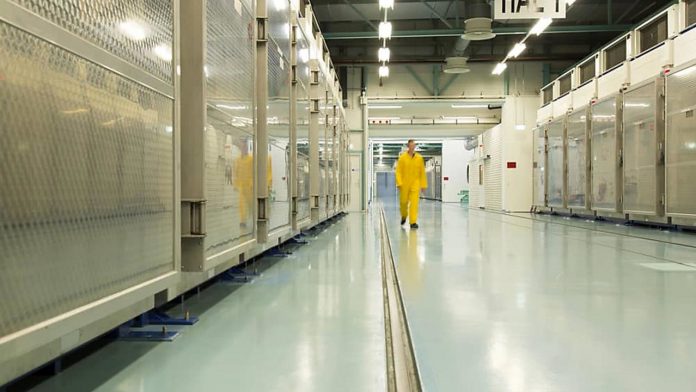 Iran has informed the International Atomic Energy Agency that it intends to produce uranium enriched to up to 20 percent purity, well above the threshold set in the Vienna Agreement in 2015, the UN nuclear watchdog said on Friday.

“Iran informed the agency of its intention to enrich uranium at a rate of up to 20 percent in its Fordow underground facility to comply with a law recently passed by the Iranian parliament,” an IAEA spokesman told AFP.

The letter, dated December 31, “does not specify exactly when this enrichment activity would begin,” the spokesman added.

The Russian Ambassador to the IAEA Mikhail Ulyanov reported the information earlier on Twitter, referring to a report by IAEA Director Rafael Grossi to the Board.

“It’s another blow,” a Vienna-based diplomat told AFP, as Tehran continues to return to US sanctions by gradually abandoning the limits of its nuclear weapons activity set out in the deal.

According to the latest report from the UN agency, published in November, Tehran enriched uranium to levels higher than the limit set by the Vienna Agreement (3.67 percent) but does not exceed the threshold of 4.5 percent and still followed the agency very strictly inspection regime.

But there has been concern since the assassination of Iranian nuclear physicist Mohsen Fakhrizadeh in late November.

In the aftermath of the attack, signposted on Israel, hardliners in Tehran promised a response and Parliament passed a controversial law requiring the production and storage of “at least 120 kg per year with 20 percent enriched uranium” and to “stop” IAEA inspections to check that the country is not developing an atomic bomb.

The Iranian government opposed the initiative, which was also condemned by other contracting parties urging Tehran not to “compromise on the future”.

The other signatories to the deal – China, France, Germany, Russia and the United Kingdom – played long before Joe Biden’s inauguration as President of the United States.

The Democrat has proven determined to save the pact.

The deal has been resolved since President Donald Trump dramatically withdrew from it in May 2018 and imposed devastating economic sanctions on Tehran.

German Foreign Minister Heiko Maas has said that the change of administration in the United States means that there is “one last window” for progress that “should not be wasted”.