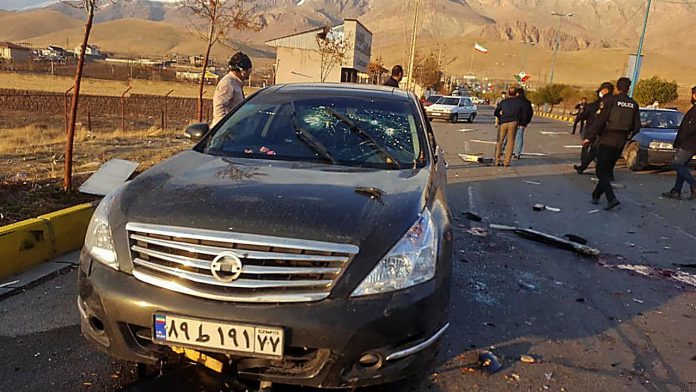 An Iranian researcher who Israel claimed led the Islamic Republic’s military nuclear program until its dissolution in the early 2000s was “murdered” on Friday, state television said.

Fakhrizadeh has long been described by Western, Israeli and Iranian exiles from Iran’s office leaders as the leader of a secret nuclear bomb program stopped in 2003. Iran has long denied trying to arm nuclear energy.

“Unfortunately, the medical team did not succeed in reviving [Fakhrizadeh], and a few minutes ago, this leader and researcher achieved the high status of martyrdom after years of effort and struggle, Iran’s armed forces said in a statement from state media.

The semi-official news agency Tasnim previously said that “terrorists blew up another car” before firing a vehicle transporting Fakhrizadeh and his bodyguards in an ambush outside the capital.

No group immediately took responsibility for the attack. However, Iranian media all noted the interest previously shown by Israeli Prime Minister Benjamin Netanyahu in Fakhrizadeh.

Israel refused to immediately comment on the killing of Fakhrizadeh, whom Netanyahu once called out at a news conference, saying, “Remember that name.” Israel has long been suspected of carrying out a series of targeted assassinations of Iranian nuclear scientists almost a decade ago.

The news agency Fars, which is believed to be close to the country’s revolutionary guard, said the attack took place in Absard, a small town just east of the capital Tehran.

It said witnesses heard the sound of an explosion and then fired machine guns. The attack was aimed at a car that Fakhrizadeh was in, the agency said.

The wounded, including Fakhrizadeh’s bodyguards, were later taken to a local hospital, the agency said.

State television later published on its website a photograph of security forces blocking the road. Photos and video shared online showed a Nissan sedan with bullet holes through the windshield and blood together on the road.