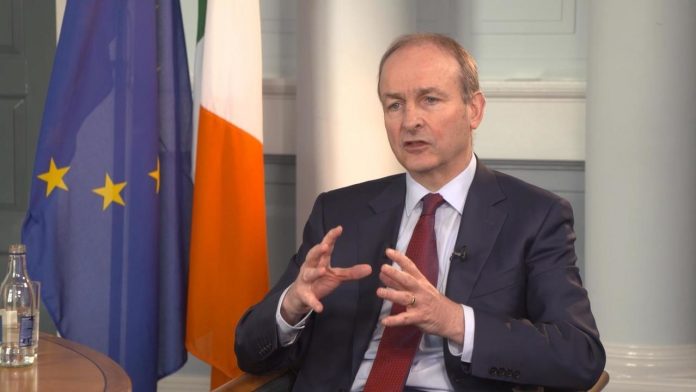 In an exclusive interview with FRANCE 24, the Irish Prime Minister Micheál Martin rules out a referendum on Irish unity in the coming years. “I do not foresee a border survey for sure for the next number of years, not for the life of this government,” he said. Taoiseach also insisted that the Northern Ireland Protocol be implemented despite the current “dental problems” after Brexit.

Asked about the roll-out of the Covid-19 vaccine in the EU, the Irish Prime Minister said that AstraZeneca had to “take responsibility” for not being able to deliver the amount of vaccines it had promised to the EU. He added that it was “still unclear” whether the company could produce enough vaccines to fulfill its agreement with the bloc.

“In my view, the Commission has not yet been given transparency as to how the company will compensate for the deficit in Q1 deliveries to EU Member States,” Martin told FRANCE 24.