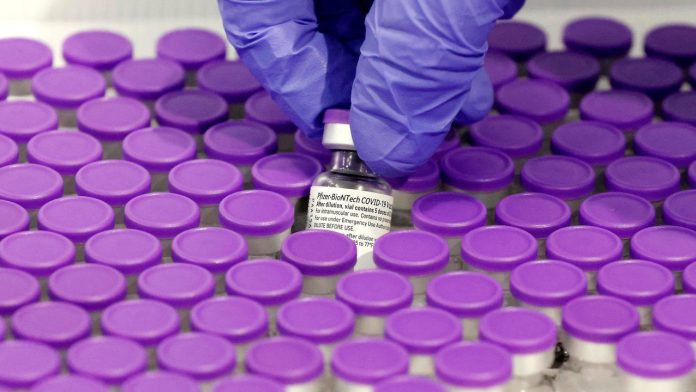 One million people had received the first dose of a Covid-19 vaccine as of Friday in Israel, which has a population of just over 9 million.

Israel said on Sunday that two million people would have received a two-dose Covid-19 vaccination by the end of January, a rate that Prime Minister Benjamin Netanyahu boasts is the world’s fastest.

From December 19, when Netanyahu got its first jab, Israel launched an aggressive effort to administer the vaccine from the US-German pharmaceutical alliance Pfizer-BioNTech.

Hezi Levy, the director general of the Ministry of Health, said that due to the enthusiastic uptake, Israel would reduce the vaccination rate to equalize stocks.

The vaccine must be given in two separate jabs at three-week intervals.

“We are lowering the rate of vaccinations of the first dose, so that we can keep the reserved stock for a second dose for anyone who received a first shot,” Levy told public broadcaster KAN.

But he added that about one-fifth of Israel’s people, starting with health workers and those over 60, would have had both shots by the end of this month.

“By the end of January, we should have vaccinated two million inhabitants, most of them elderly,” he said.

As of Friday, one million people had received their first injection.

“We are breaking all records,” Netanyahu said on Friday during a visit to the Israeli Arab city of Umm Al-Fahm, where the millionth jab was reported administered.

“We are in front of the whole world,” said the premiere.

The Israeli Central Bureau of Statistics said in a statement at the end of the year that Israel’s population was 9.29 million.

The figure includes the attached East Jerusalem, where Israeli sovereignty is not recognized by most of the international community.

The Ministry of Health said on Sunday that 435,866 people in Israel have so far tested positive for the virus since the first confirmed case was reported in February. Almost 3,400 people have died, it is said.

The ministry said on Friday it had confirmed 18 local cases of a new strain of coronavirus first detected in the UK.

Video: How do people remember the Trump years?