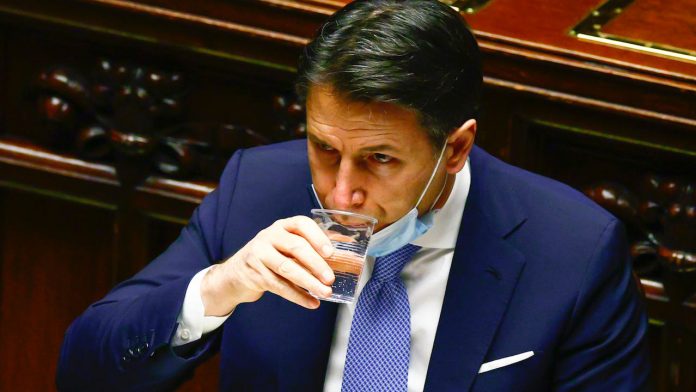 Italian Prime Minister Giuseppe Conte won a decisive vote of confidence in the Chamber of Deputies on Monday and hung on to power after a younger partner left his coalition and launched a political crisis in the midst of the raging COVID-19 pandemic.

If he had lost the vote, Conte would have been forced to resign.

The margin was wider than expected and gave the government an absolute majority in the House with 629 seats.

Conte will face a tougher test on Tuesday in the upper house of the Senate, where the government had only a small majority even when Italia Viva was still part of the coalition.

To attract centrists and liberal legislators, Conte promised to modernize his political agenda and shake up his cabinet, saying he wanted to modernize Italy and speed up the implementation of a recovery plan for the economic downturn.

“I ask for clear, open support based on the strength and clarity of the proposal,” Conte told the House, which began the confidence debate and condemned Renzi’s small center party for abandoning the 17-month-old coalition.

“Let us be sincere, we cannot regret what has happened, we cannot regain the trust and confidence that are necessary conditions for working together. Now we must turn the page, he said, apparently closing the door on any reconciliation with Renzi.

Italia Viva said it withdrew from the cabinet because it did not agree with the Prime Minister’s handling of the twin coronavirus and economic crises.

Without mentioning Renzi by name, Conte said there was “no reasonable justification” for his walkout, which risked harming Italy at a time when it was president of the G20 group with major global economies.

Italy’s borrowing costs rose on Monday as financial markets worried about the political crisis, but large-scale sales have been averted by the European Central Bank’s large purchases of Italian assets.

The result is very uncertain, but most observers expect Conte to win due to absenteeism and abstentions, while lacking an absolute majority.

This would allow him to remain in office for the time being as head of a minority government, but in an extremely uncertain position if and when he seeks to enforce any disputed legislation.

The most optimistic recent speech by political analysts has put Conte on 157 votes, four shorter than the absolute majority, but Monday’s wider-than-expected margin of victory may drive the premiere’s hopes.

“While minority governments are nothing new in Italy, what has never been seen before is a minority government (backed by a nasty coalition) trying to lead the country out of the deepest economic crisis since World War II in the midst of a pandemic,” said Wolfango Piccoli of political risk advice. Teneo.

However, Foreign Minister Luigi Di Maio, a leading figure in the main coalition party, the anti-establishment 5-star movement, insisted that a relative majority should do so.

“It simply came to our notice then. The absolute majority is only needed for (votes on) budget changes and very few other documents. And when we need it, we will find it, he told Corriere della Sera daily.

Conte hopes that if he can overcome Tuesday’s threat, more centrist parliamentarians will push into his camp over time and strengthen his position.

Italia Viva has said it will return to the coalition if its political demands are met, but both the 5-star and its main coalition alliance, the center-left Democratic Party (PD), have said they do not want more to do with Renzi, accusing him of betrayal.