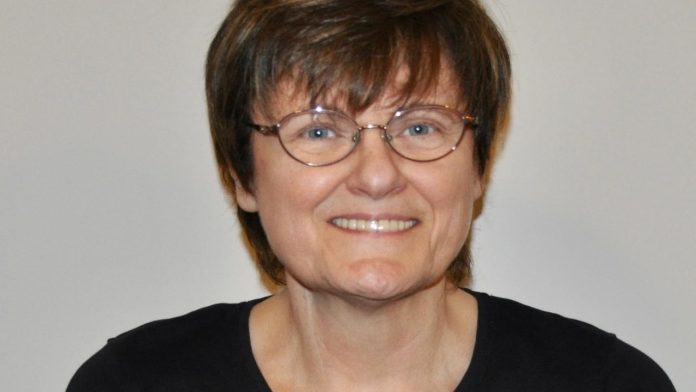 The development of the Pfizer-BioNTech coronavirus vaccine, the first approved jab in the West, is the culmination of decades of work for Hungarian biochemist Katalin Kariko, who fled the United States from the communist regime in the 1980s.

When experiments showed that the Pfizer-BioNTech coronavirus vaccine was safe and 95 percent effective in November, it was the crowning achievement of Katalin Kariko’s 40 years of research on genetic code RNA (ribonucleic acid). Her first reaction was a feeling of “redemption”, Kariko told The Daily Telegraph.

“I took the air, I got so excited I was scared I was going to die or something,” she said from her home in Philadelphia. “When I get depressed, I know how to recover, but I always enjoyed working … I imagined all the diseases I could treat.”

Born in January 1955 into a Christian family in the town of Szolnok in central Hungary – a year before the convicted hero of the uprising against the Soviet-backed communist regime – Kariko grew up in nearby Kisujszellas on the great Hungarian plain, where her father was a butcher. Fascinated by science from a young age, Kariko began her career at the age of 23 at the University of Szeged’s Biological Research Center, where she received her doctorate.

This is where she first developed her interest in RNA. But Communist Hungary’s laboratories lacked resources and in 1985 the university fired her. Consequently, Kariko applied for a job abroad and got a job at Temple University in Philadelphia the same year. The Hungarians were forbidden to take money out of the country, so she sold the family car and hid the income in her 2-year-old daughter’s teddy bear. “It was a single ticket,” she told Business Insider. “We knew no one.”

‘Then I will really celebrate’

Not everything went as planned after Kariko’s escape from communism. In the late 1980s, the scientific community was focused on DNA, which was seen as the key to understanding how to develop treatments for diseases such as cancer. But Kariko’s main interest was RNA, the genetic code that gives cells instructions on how to make proteins.

At the time, research on RNA was criticized because the body’s immune system sees it as an invader, which means that it often provokes strong inflammatory reactions. In 1995, Kariko was about to become a professor at the University of Pennsylvania, but instead she was assigned to a research group.

“Usually, at that time, people just say goodbye and leave because it’s so awful,” Kariko told medical publication Stat. She was going through a cancer scare at the time, while her husband was stuck in Hungary trying to sort out visa issues. “I was trying to imagine: Everything is here, and I just have to do better experiments,” she continued. Kariko was also on the receiving end of sexism, with colleagues asking her the name of her supervisor as she ran her own lab.

Kariko continued to face these difficulties. “From the outside, it seemed crazy, struggling, but I was happy in the lab,” she told Business Insider. “My husband always says, even today, ‘This is entertainment for you. “I’m not saying I’m going to work. It’s like play.”

Thanks to Kariko’s position at the University of Pennsylvania, she was able to send her daughter Susan Francia there for a quarter of the tuition costs. Francia won gold on the American rowing team during the 2008 and 2012 Olympics.

It was a serendipitous encounter in front of a copier in 1997 that turbocharged Kariko’s career. She met immunologist Drew Weissman, who was working on an HIV vaccine. They decided to collaborate to develop a way to make synthetic RNA unknown to the body’s immune system – a quest that managed to spread praise in 2005. The duo continued their research and succeeded in placing RNA in lipid nanoparticles, a coating that prevents them from degrading too quickly and facilitates their entry into cells.

The researchers behind Pfizer-BioNTech and Modern Jabs used these techniques to develop their vaccines. Both use the same strategy to introduce genetic instructions into the body to trigger the production of a protein identical to that of the coronavirus, thereby eliciting the desired immune response.

Katalin Kariko and Drew Weissman are now favorites to win the Nobel Prize in Medicine. Kariko holds a senior position at the German research company BioNTech, after years on the fringes of her profession.

Despite this triumph after decades of struggle, Kariko said it was not yet time to crack the champagne bottle. She is waiting for mass vaccinations to eradicate the virus’ threat. “Then I will really celebrate,” she told CNN.