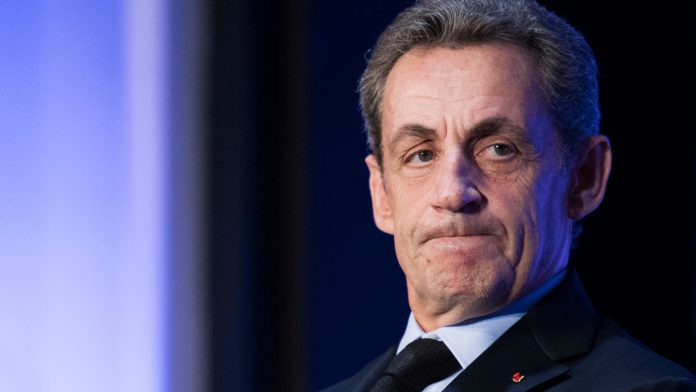 Earlier in the case, French-Lebanese businessman Ziad Takieddine claimed to have delivered suitcases totaling € 5 million from Tripoli to Sarkozy’s chief of staff in 2006 and 2007.

Takieddine, 70, who is in Beirut on the run from French justice related to another shady financing deal, released a video saying the instructive judge had twisted his words.

“I say out loud: the magistrate … really wanted to turn it around and make me say things that are completely contrary to what I said,” Takieddine said.

“There was no funding for Sarkozy’s presidential campaign,” he added.

The former president jumped on the first reports of Takieddine’s turnaround from BFM TV and Paris Match and said: “The truth is finally out.”

“For seven and a half years, the investigation has not discovered the slightest evidence of any illegal financing at all,” he wrote on Facebook.

“The main prosecutor recognizes his lies,” Sarkozy added. “He never gave me money, there was never illegal funding for my 2007 campaign.”

Sarkozy said he would instruct his lawyers to try to dismiss the case against him and sue Takieddine for libel.

French prosecutors said last month that they had placed Sarkozy under formal investigation for “membership in a criminal conspiracy” after more than 40 hours of interrogation over four days, prosecutors told AFP.

He was already facing formal investigations into “accepting bribes”, “taking advantage of embezzled public funds” and “illegal campaign funding” from 2018.

The legal action in October was seen to increase the risk of a trial against Sarkozy, who was already ready to become the first former French president in the quay on corruption charges.

Prosecutors suspect that Sarkozy and his associates received tens of millions of euros from Gaddafi’s regime to finance his first election campaign.

Sarkozy, who was president from 2007 to 2012, has always denied anything wrong.

He has been under pressure since 2012, when the investigative website Mediapart published a document claiming that Gaddafi agreed to give Sarkozy up to 50 million euros (59 million dollars at current prices).

But four years later, Sarkozy was a driving force behind the 2011 international military invention that pushed Gaddafi out of power and plunged Libya into civil war.

A trained lawyer, Sarkozy, has countered the allegations of Libyan funding by referring to the president’s immunity and arguing that there is no legal basis in France for prosecuting someone for misuse of funds from a foreign country.

He has faced a group of legal issues since leaving office, including Bygmalion Affair – allegations that executives at PR company Bygmalion created false invoices to hide the overheads of Sarkozy’s failed 2012 re-election.

In a third case, Sarkozy faces charges of trying to obtain confidential information from a judge during an investigation into allegations that he accepted illegal payments from L’Oréal heiress Liliane Bettencourt for her 2007 presidential campaign.

Sarkozy was cleared of the 2013 Bettencourt allegations.