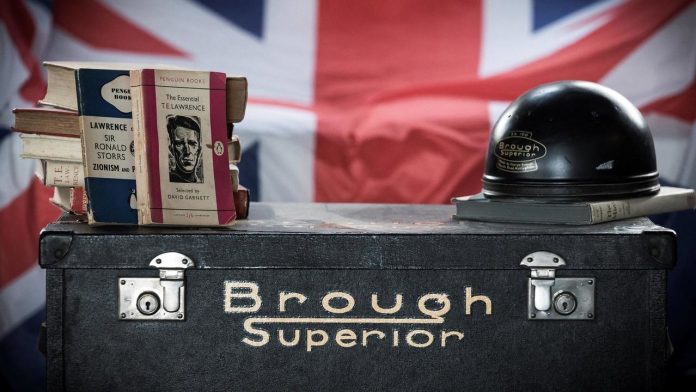 Brough motorcycles, favorites of author, spy and gentleman adventurer TE Lawrence, are making a comeback – not in their former home in England but deep in southwestern France.

The production of Brough bicycles, of which the historical figure called “Lawrence of Arabia” owned seven, ended in 1940 when the factory in Nottingham was requisitioned for Britain’s war effort.

Production did not resume after the war, but the bike’s memory was kept alive for decades by diehard and flush fans, with the prices of the bikes sometimes reaching $ 600,000 at auction.

Brough fans had to wait much longer for a revival, which began to take shape only in 2013 when the Frenchman Thierry Henriette, a former motorcycle salesman in Toulouse, met the British Mark Upham, who had bought the Brough Superior brand five years earlier.

Within three months, Henriette came up with a prototype for a new Brough that won cheers when he presented it at Milan’s bicycle show.

Henriette started production, first under license, before taking over the brand in 2018.

“I always thought Brough was the most beautiful motorcycle brand,” Henriette told AFP.

Production is based near Toulouse in southwestern France, but Henriette wanted continuity with the brand’s English tradition.

It was an important moment when members of the Brough Superior Club made the trip to France on the bicycles of the 1930s to give the company its blessing.

‘English will forgive you’

“What we do is inheritance theft,” admitted Albert Castaigne, CEO of Brough Superior. “But if you do well, the English will forgive you.”

The memory of TE Lawrence, a bicycle lover, supporter of an Arab uprising during World War I and author of “Seven Wisdom Pillars”, is a major factor in the longevity of the Brough legend.

Lawrence had regular correspondence with Brough founder George Brough, got a word out about the design of the bikes and acquired seven, four of which were SS 100s, the model that still gets the hearts of fans.

He died in the Dorset countryside when he crashed his sixth Brough before he could receive the seventh, a scene that was memorably captured in David Lean’s 1962 epic film starring Peter O’Toole as Lawrence.

Brough offers three neo-retro models: a contemporary version of Lawrence’s SS 100, a scrambler and an art deco insert to mark the brand’s centenary.

“We have customers in a dozen countries in Europe, in Russia, Australia, Mexico and soon in the United States,” said Henriette.

One of them is Patrick Blandinet, a businessman in the 60s based in the French Caribbean branch in Guadeloupe, who came to see the factory, tailor his bike and “pamper myself”, he said.

“I asked for a gold-leafed logo on the tank,” Blandinet said, calling his brand-new bike “a gem” and “worth the money.”

The availability of qualified subcontractors in the Toulouse region, thanks to Airbus production there, is “indispensable” for Brough, which requires high-quality materials including titanium, carbon fiber and special steels, Castaigne said.

“You should be able to place all parts of the bike on a table and consider them both technically accomplished and beautiful,” said Henriette.

Brough has also started a partnership with Aston Martin from James Bond fame, whose first motorcycle, called the AMB01, will be made by Brough.

Ten units of the futuristic Aston Martin bikes are already in the assembly stage.