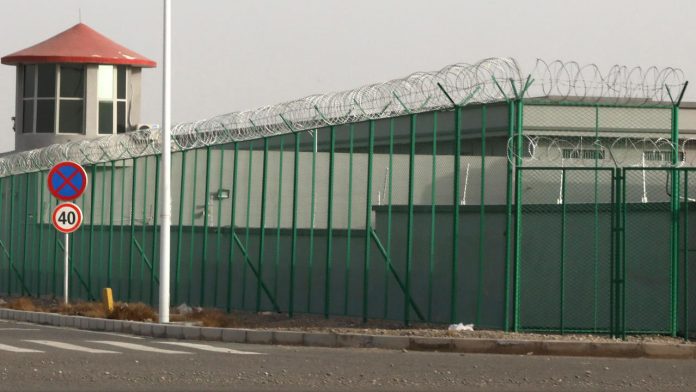 A leaked list of more than 2,000 ethnic Uighur prisoners in China’s Xinjiang suggests that the government used an expansive data collection project to arbitrarily imprison Uighurs in the region, according to the American rights group Human Rights Watch (HRW).

The list from Xinjiang’s Aksu Prefecture, obtained by HRW, is of detainees flagged by a Chinese predictive policing program, called the Integrated Joint Operations Platform (IJOP), which collects data and identifies candidates for detention.

The 2018 list includes the names of Xinjiang Uighurs, telephone numbers and reasons for detention in China’s camp system, including studying the Koran, wearing religious clothing or traveling internationally.

It “provides further insights into how China’s brutal repression of Xinjiang’s Turkish Muslims is being turbocharged by technology,” she said.

Human Rights Watch did not identify the source of the list, citing the person’s safety. Reuters could not independently verify the authenticity of the list.

The Chinese Foreign Ministry did not immediately respond to a request for comment.

UN experts and proponents say at least one million ethnic Uighurs, mostly Muslims and speaking Turkish, have been detained at some point in Xinjiang camps.

China claims that the heavily guarded centers are educational and vocational institutes, and that all people who participated have “graduated” and gone home. Access to the camps is limited and it is not possible to independently verify if all camps have closed.

Human Rights Watch said it could confirm the identities of people on the list of Uighurs now living abroad, including the identification of 18 members of the same family.

The rights group said the list was further evidence that the government chose Xinjiang Uighurs for detention based on religion, personal relationships, contact with foreign relatives and even age.

Other reasons for detention listed include activities such as turning off a smartphone repeatedly, having “unstable thoughts” or “being generally unreliable”.