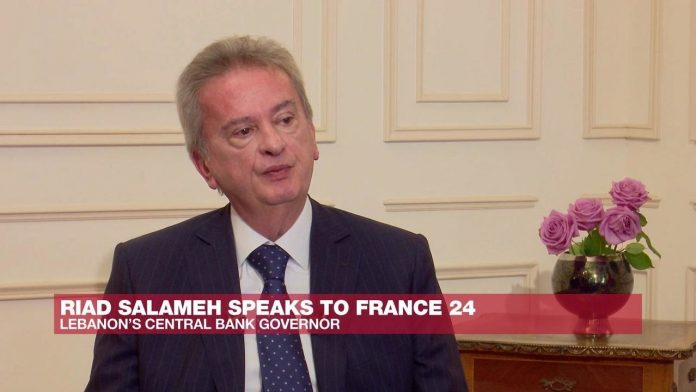 Lebanon remains in a deep financial crisis, with many people struggling to make ends meet. Meanwhile, the country is still without a government five months after the devastating explosion in Beirut. Riad Salameh, the governor of the Central Bank of Lebanon, denies any responsibility for the financial crisis. “My conscience is clear,” he told Marc Perelman in Jowharin an exclusive interview in Beirut, strongly suggesting that he had become a scapegoat.

In an exclusive interview with FRANCE 24, Lebanese Governor Riad Salameh expressed concern over the ongoing financial crisis in his country and warned that the situation could “deteriorate” if a government is not formed quickly.

He announced that the Central Bank of Lebanon was ready to provide all the information needed for the “forensic audit” required by the international community.

Salameh denied that he was the originator of a “Ponzi scheme”, as described by French President Emmanuel Macron, and said that the central bank had instead supported a Lebanese economy on the verge of collapse. He admitted that some rich Lebanese could withdraw large sums of money and send them abroad, while his citizens could only withdraw limited amounts. Salameh said he had proposed capital controls at the beginning of the crisis, but refused.

The Governor of the Central Bank also stated that the era of the fixed exchange rate system between the Lebanese pound and the US dollar is over and that there will now be a floating exchange rate determined by the market. He also denied using “shell companies” to manage his property abroad.

Finally, Salameh claimed that he was the victim of a “campaign” of personal attacks aimed at making him a scapegoat for the crisis, and he said he currently had no plans to resign.