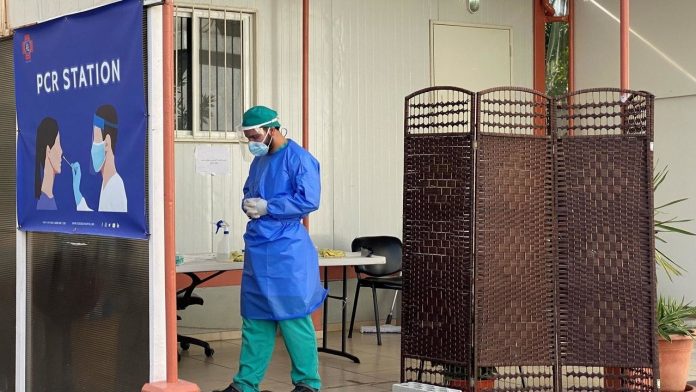 Lebanon decided on Thursday to extend a total shutdown by two weeks to stop an unprecedented increase in coronavirus cases and protect its collapsing health sector.

The strict restrictions include a curfew around the clock and restrict food purchases to home deliveries.

“The total suspension will be extended until February 8 at 5:00 a.m.,” the Supreme Defense Council, Lebanon’s highest security body, said in a statement.

The complete lock-in had originally been expected to last from 14 January to 25 January.

However, daily infection levels have been exceptionally high and the number of deaths in Covid-19 is increasing.

The Ministry of Health said late Thursday that a record 67 people had died from the disease in the previous day.

Lebanon has reached the stage of “an uncontrolled epidemic with limited additional capacity for the health system,” he said.

Authorities have urged hospitals to increase the number of beds for coronavirus cases.

The intensive care units are almost full, with an occupancy rate of 91 percent across the country and more than 97 percent in Beirut on Wednesday, the World Health Organization said.

Cases increased after families gathered during the holidays at the end of the year and authorities allowed partygoers to gather in bars until 3 am, despite warnings from health care professionals.

The World Bank said Thursday it provided $ 34 million to fund vaccines for more than two million people in Lebanon.

“This is the first World Bank-funded operation to fund the procurement of Covid-19 vaccines,” the Washington-based institution said in a statement.

These vaccines would arrive in early February.

The head of the parliamentary health committee, Assem Araji, said that Lebanon wanted to ensure a total of six million vaccines.

Lebanon has said it signed an agreement with Pfizer to import more than two million vaccines starting in February, in addition to 2.7 million under the Covax program set up to ensure fair access to Covid-19 vaccines worldwide.

The authorities and the private sector have also worked to secure another two million doses from other companies.