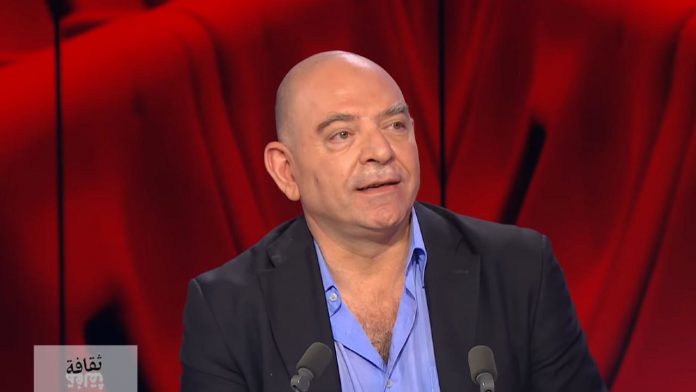 Lokman Slim, a prominent Lebanese Shiite publisher who criticized Iran-backed Hezbollah, was found shot dead in a car in southern Lebanon on Thursday, two security sources and his family said.

A judge who followed the case said that the body of Lokman Slim had four bullets in the head and one in the back, in the first killing of a known activist in several years.

One of the security sources also said that Slim, who ran a research center and made films, was shot in the head. The other said Slim’s phone was found earlier next to a road.

They said the motive was not immediately clear.

Slim, in the late 1950s, was a leading Shiite voice who spoke out against what he saw as Hezbollah’s threatening tactics and accused them of intolerance of other political views.

He was last seen leaving a poet friend’s house on Wednesday night. His family said he disappeared overnight. His wife tweeted that he did not answer his phone.

A relative said they found out about his death from a news alert while he was at a police station to report his disappearance.

Lebanon’s caretaker interior minister told local media that Slim died in “a horrific crime” and promised to continue the case, which he called “a murder”.

Shocked, saddened by the murder of #Lokman_Slim, sang Lebanese Shiite critic of Hezbollah & brave man of integrity. Enormous loss for Lebanon, human rights. Last intved him 2018, remember his first line: “Today Hezbollah is in a kind of hubris state”: https://t.co/LXHmU9LPuH

In the family home in the southern suburbs of Beirut, where Shiite Hezbollah has a dominant presence, family members sat in shock. Some cried quietly.

“What a great loss. And they also lost a noble enemy … It’s rare for anyone to argue with them and live among them with respect,” his sister Rasha told reporters on Thursday.

She said he had not spoken to any threats recently and tried to stop his family from worrying.

“Killing is the only language they speak fluently,” she said. “I do not know how to continue with our work … It will be difficult.”

Slim had made documentaries with his wife and led efforts to build an archive of Lebanon’s sectarian civil war 1975-1990.

In a 2018 interview with FRANCE 24, Slim described the methods that Hezbollah used to maintain its stifling grip on power among Lebanese Shiites and the wider country.

“Today, Hezbollah is in a kind of hubris state,” he said. “Not only are the Shiites at stake, Hezbollah exercises hegemony over all communities.”

His criticism of Hezbollah met with reprimands from supporters of the heavily armed movement, who sometimes called him “a Shiite embassy” and accused him of being a tool in the United States.

Washington, which classifies Hezbollah as a terrorist, has increased sanctions against its officials and allies in Lebanon, as part of a pressure campaign against Tehran.

Hezbollah did not immediately respond to a request for comment.

Slim founded a non-profit organization to promote civil liberties, which had received a grant under the US Middle East Partnership Initiative and worked with a US think tank, leaked Wikileaks diplomatic cables said in 2008.

In a new interview on Saudi al-Hadath TV, Slim said he believed Hezbollah had a role in the port bombing that struck Beirut in August, killing 200 people and injuring thousands.

At the end of 2019, Slim said that his family home and office were focused on people gathering in the garden, chanting carelessness and threats. His statement held Hezbollah leaders responsible.

At the time, Slim also said he had received death threats after speaking in a debate in a Beirut camp set up as protests against all the country’s political leaders who swept Lebanon.

“His assassination is a great loss for Lebanon, for culture,” said Hazem Saghieh, a well-known Lebanese journalist. “He was one of the few who only knew how to say himself.”