Home World Low turnout is expected in Romania’s election in the shadow of the...
Facebook
Twitter
WhatsApp
Linkedin
LINE 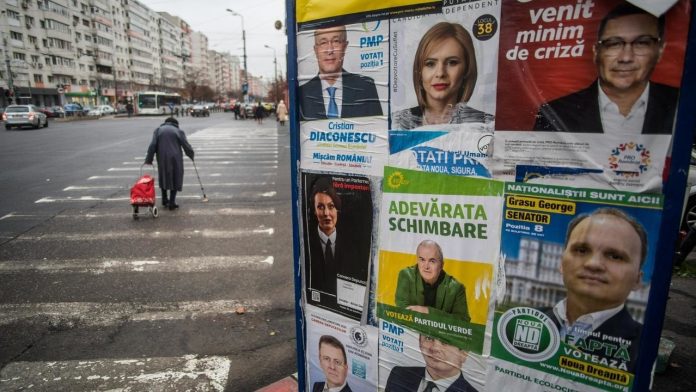 The Romanians began voting in the parliamentary elections on Sunday, with the pro-European Liberals tipping to win despite criticism for their handling of the coronavirus pandemic.

The first official results are expected later in the evening.

The vote has been organized to take the now well-known virus security measures for social distancing, mask wear and hand disinfectants.

In a region where populists and nationalists have recently gained ground, the Liberal Prime Minister Ludovic Orban has promised to modernize one of the EU’s poorest countries and keep it on a “pro-European” path.

Orban has run a minority government over the past year.

An opinion poll recently published by the IMAS Institute showed that his National Liberal Party (PNL) received 28 percent of the vote, ahead of the Social Democratic Party (PSD)’s largest opposition (23 percent).

The newly formed center-right alliance USR-Plus is expected to win 18 percent, which would strengthen their growing influence in Romanian politics.

Both the virus and the widespread disillusionment with politics are expected to weigh turnout, which is not expected to exceed 40 percent.

The Liberals have the advantage of being supported by President Klaus Iohannis, who has removed criticism for respecting his constitutional role by fighting for the PNL.

On Friday, the last day of the campaign, he launched a new attack on the PSD, saying he hoped that “Romania will definitely differ from those who have tried to trace it from its European and democratic course”.

The left-wing PSD is the heir to the former Communist Party and has dominated Romanian politics for the past 30 years.

It won by landslides in the previous election in 2016, but its rulers were marked by massive anti-corruption protests and discussions with Brussels about controversial legal reforms.

PSD was further weakened by the prison due to corruption charges from its former leader Liviu Dragnea and was suspended from power by a no-confidence motion in late 2019 and is now trying to bounce back.

“The efforts in the election are enormous,” Orban said in a recent interview with AFP.

“A high turnout is crucial for Romania to continue to move in the right direction, namely respect for fundamental rights and freedoms, the rule of law and being a loyal member of the EU and NATO,” he said.

The new head of the PSD, Marcel Ciolacu, who has carefully distanced himself from Dragnea, has accused the government of “incompetence” and of not keeping the spread of coronavirus under control.

“The real virus that Romania is facing is … PNL,” he said recently on Facebook.

“To stop the pandemic, we must first prevent the Liberals from remaining in power, from closing schools, churches and markets,” he said, reflecting the PSD’s skeptical approach to coronavirus measures.

The current government insists that a full-blown second lock is not on the table and has so far used night bans and local restrictions to try to stop the effects of the second wave.

Epidemiologists fear that this will not be enough to avert an explosion of cases in the coming weeks. Understaffed and with poor infrastructure, Romania’s hospitals are already struggling to cope with the influx of patients into intensive care units.