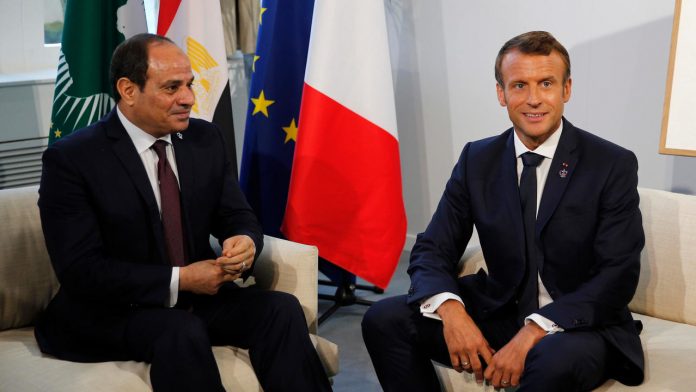 French President Emmanuel Macron will hold talks with Egyptian President Abdel Fattah al-Sisi on Monday during his state visit to France. The talks focus on the fight against terrorism, the conflict in Libya and other regional issues, and come amid criticism from human rights groups over the Egyptian leader’s counter-disagreement. Follow FRANCE 24’s live coverage of the joint press conference.

The Egyptian leader arrived in France on Sunday for a visit that will include talks with top French officials, including Foreign Minister Jean-Yves Le Drian.

Egypt is a key regional ally and has entered into several arms agreements with France since 2015, including the purchase of two French-made Mistral-class helicopter carriers and two dozen Rafale advanced fighter jets.

But Egypt’s human rights record has dominated headlines during visits to rights groups accusing Macron’s administration of turning a blind eye to what they say are Sisi’s government’s growing violations of freedoms.

French officials dismiss the criticism, saying Paris is pursuing a policy of not openly criticizing human rights countries to become more effective on a case-by-case basis.

Click on the player above to watch the live press conference.