Home World Macron says everyone in France who wants the Covid-19 vaccine will have...
Facebook
Twitter
WhatsApp
Linkedin
LINE 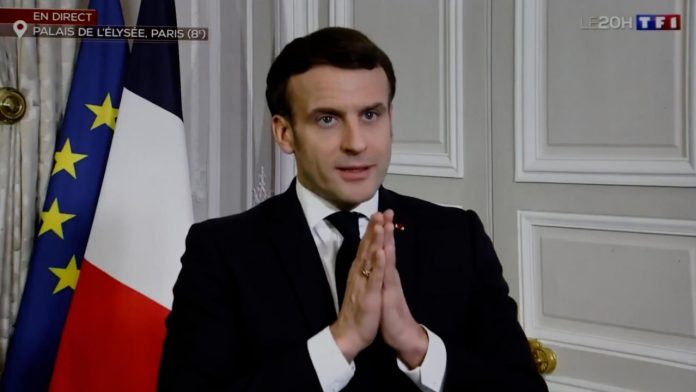 French President Emmanuel Macron said on Tuesday that all French people willing to be vaccinated against COVID-19 will be offered a vaccine at the end of the summer.

In an interview with TF1-tv, Macron also said that since the virus is developing rapidly, the pharmaceutical companies must start preparing for vaccines that will be needed this winter and early next year.

He said that in the coming weeks, from late February to early March, production of the COVID-19 vaccine in France would begin and eventually there would be four different production centers.

He further said that vaccines must be delivered to poorer developing countries, especially in Africa and Latin America.

“We have to think about developing countries, because if we do not vaccinate there as well, the virus will circulate there and mutate, and it will unfairly hit the poorest people, and then the virus will return to our countries.”

“We are now converting plants in Europe to produce vaccines. Sanofi will convert a plant in Germany in the coming months to produce (COVID-19 vaccines),” he said.

He added that the EU’s 27 countries had so far ordered deliveries of around 2.4 billion vaccines. Some EU countries have criticized the slow expansion of vaccination programs within the bloc.

Asked about Russia’s Sputnik V vaccine, Macron said a few weeks ago he had sent a scientific mission to Russia and the exchanges were positive and that it had been reported that the shot was effective against COVID-19.

“But in order to approve a vaccine, a request to market it must first be made. The moment a request is made, European and national authorities will study it independently and, depending on the results, approve it or not. It is not a political decision. but a scientific decision, he said.