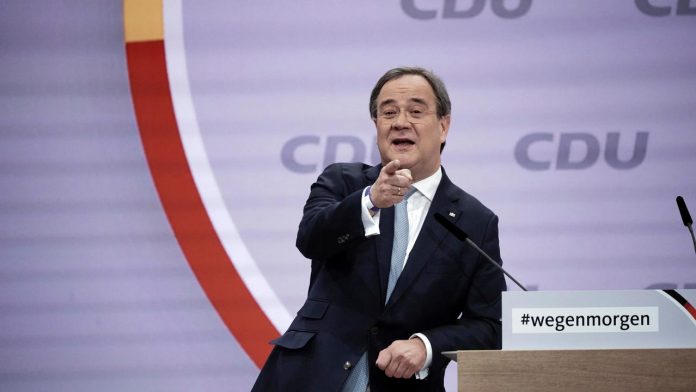 Chancellor Angela Merkel’s center-right CDU party has elected Armin Laschet, the pragmatic governor of Germany’s most populous state, as its new leader – sending a signal of continuity months before an election in which voters will decide who will be the new chancellor.

Laschet defeated Friedrich Merz, a conservative and one-time Merkel rival, at an online congress on Saturday by the Christian Democratic Party. Laschet won 521 votes against Merz 466; a third candidate, the prominent legislator Norbert Roettgen, was eliminated in a first ballot.

Saturday’s vote is not the last word on who will be the center – right candidate for chancellor in Germany’s election on September 26, but Laschet will either go to chancellor or will have a major influence on who does.

CSU leader Markus Soeder, the governor of Bavaria, is widely considered a potential candidate after winning a political position during the pandemic. Some also believe that Minister of Health Jens Spahn, who is a candidate for the CDU leader under Laschet, is a possible challenger.

Merkel, who has been chancellor since 2005, announced at the end of 2018 that she would not seek a fifth term. She also left the CDU leadership.