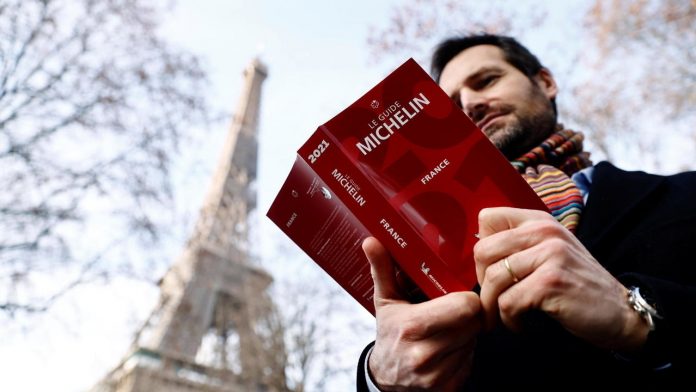 The Michelin guide inaugurated France’s 30th three-star restaurant on Monday when it handed out its awards for 2021 in the wake of the Covid-19 crisis, in which chefs were forced to close their doors.

The famous red guide had promised that no three-star chefs would be degraded when the health crisis rages, with food fans likely not to book a table anytime soon.

Many chefs fear that the French authorities will keep restaurants closed for several weeks, if not months, after a shutdown last spring and another introduced since October.

When they bleed money, some have turned to take-away or deliveries, customized menus and often lowered prices, while pushing the government to let them reopen as soon as possible.

“This year, chefs have really deserved it,” said industry expert Gwendal Poullennec after a ceremony broadcast via Facebook from the Jules Vernes restaurant (a star) on the second floor of the Eiffel Tower in Paris.

“It’s an opportunity to focus all these talents, to encourage them and to keep restaurant recipients motivated,” waiting for the crisis to pass, he said.

He added that only a handful of stars would be removed for restaurants that had closed or changed their food concept.

Michelin fired to give its verdicts – which can make or break a chef after years of effort – after a brutal year for the industry.

The rival Best 50 list, based in the UK, suspended its ranking in 2020 last year, while France’s La Liste said this month that instead of ranking, it would honor innovative chefs who have endured the pandemic.

Rules on social distancing forced Michelin to cancel the lavish gala ceremony to be held in Cognac, southwestern France – the first time it was to be held outside Paris.

Alexandre Mazzia, a former pro basketball player born in the Republic of Congo, saw his AM restaurant in Marseille rewarded with its third star, the only newcomer of the year in the upper parts of French gastronomy.

Instant compositions like algae popcorn, smoked eel and chocolate and raspberry sorbet with harissa have made Mazzia a critic’s darling since he opened in a residential area in the Mediterranean port city in 2014.

“It is a restaurant that transports you, it is very unique and stands out in all possible ways,” Poullennec told AFP.

Mazzia burst into tears when she heard the news, which was applauded by his three-star comrades via video link as well as personal appearances by his former mentors, chef Pierre Gagnaire and pastry chef Pierre Hermé.

Michelin also noted the success of the “culinary jewels” that Mazzia has offered from a food truck during the pandemic, with target baskets sold for only 24 euros ($ 29).

Although the meals for trucks are not profitable even though they sell up to 200 a day, “the idea is not to fall victim to this lock, to keep your head above water and keep the fire alive – it’s like exercising, even if the game is different, he told AFP last year.

France, including Monaco, now has 30 three-star facilities, most of all countries.

And 54 restaurants received their first stars, including this year’s young chefs Mory Sacko, who mixes French, Japanese and Malian flavors in Paris and Coline Faulquier, who suggests small portions but extensive tasting menus in Marseille.

Poullennec insisted that inspectors work twice as long and even waived sacred summer holidays to eat and drink as much as possible when France allowed restaurants to reopen between spring and autumn locks.

Michelin also brought in inspectors from elsewhere in Europe and even Asia to back up the French team.

“This selection has been made with the same serious attention and the inspectors were able to assess as many meals as last year,” he told AFP ahead of the ceremony.

Poullennec, who took over the guide in 2018, has monitored several choices that have raised eyebrows among chefs and food lovers.

And in January 2019, Marc Veyrat became the first chef to sue the famous red guidebook after pulling out the third star of his French Alpine restaurant La Maison des Bois just one year after it was awarded.

Veyrat, who lost his case, has said he never wants to see a Michelin inspector at any of his restaurants again.