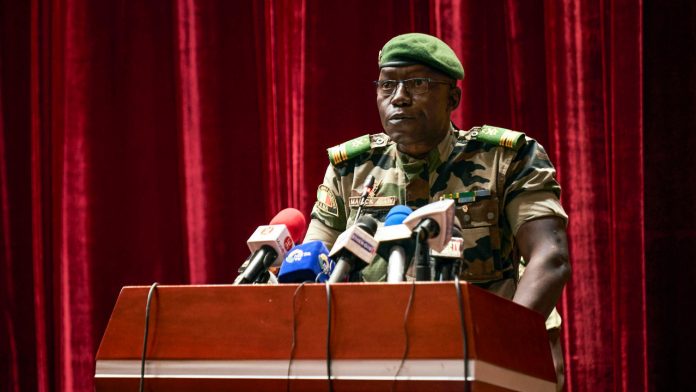 On Saturday, Mali’s interim legislator elected Colonel Malick Diaw, a member of the military junta who overthrew President Ibrahim Boubacar Keita in August, as his president.

The 121-seat body, known as the National Transition Council, met for its inaugural session in the capital Bamako and is an important part of the interim government apparatus after the coup in Mali.

Young army officers in the conflict-ridden Sahel state overthrew President Ibrahim Boubacar Keita on August 18 after weeks of protests against the government.

Under the threat of international sanctions, officers handed over power between September and October to an interim government, which is set to rule for 18 months before holding elections.

However, figures with military connections dominate this temporary government and anger over their prominent role is growing.

According to a government decision, members of the defense and security forces have 22 seats in the Transitional Council, while political parties, civil society groups and trade unions also have seats.

On Saturday, the council elected Colonel Malick Diaw as its president unopposed, according to AFP reporters, with 111 votes in his favor and seven abstentions. Three councilors did not vote.

Diaw was the second commander of the military junta to seize power after Keita’s ouster. The junta has never been formally dissolved.

Last month, Goita was also given a veto over the appointments to the new legislature, in a move that critics of the interim regime see as a strengthening of army control.

The opposition on June 5, which led to protests against Keita this year, said in a statement on Friday that it had boycotted the new legislature and that it would not serve as a “disguise for a disguised military regime”.