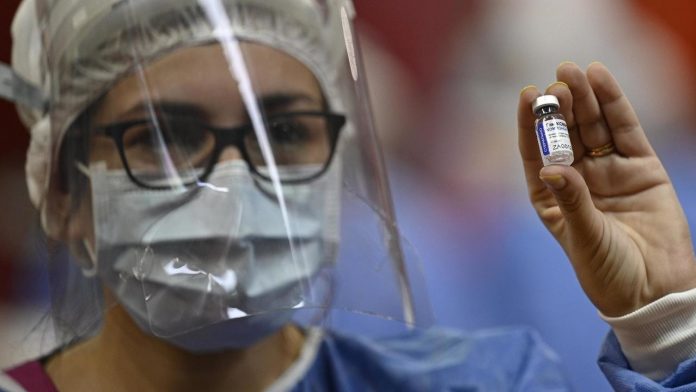 More people are now being vaccinated against Covid-19 than have been infected by the virus that has swept the world over the past year, a milestone on the road to ending the pandemic, based on data reported on Wednesday.

Despite landmark data, it is still unclear how long it will take to vaccinate the world. Many of those vaccinated have received only one of the two doses required.

A total of 104.9 million vaccine doses have been administered, according to the University of Oxford-based Our World in Data and the latest data on Wednesday from the US-based Centers for Disease Control and Prevention. The total number of vaccinated now exceeds the 104.1 million Covid-19 infection cases in a Reuters global tracker.

Covid-19 infections are still on the rise in 44 countries and the virus has killed at least 2.26 million people globally, according to the Reuters tracker. Health experts compete to vaccinate as many as possible before new variants that are more contagious.

Prime Minister Boris Johnson, who has set a goal of vaccinating 15 million of the most vulnerable in mid-February, praised the “milestone”.

“There are many people and groups responsible for the UK’s vaccination program,” he said, warning everyone from researchers to supply drivers to pharmacists about their roles.

“And it is thanks to their efforts – the most colossal in the history of our national health care – that we have today crossed the milestone.”

“Despite the growing number of vaccine alternatives, the current production capacity meets only a fraction of the global need,” he wrote in the newspaper Foreign Policy.

“Allowing the majority of the world’s population to be vaccinated will not only perpetuate unnecessary diseases and deaths and the pain of ongoing lockdowns, but will also cause new virus mutations as Covid-19 continues to spread among unprotected populations,” he wrote.

Rich countries that are struggling with the supply of Covid-19 vaccines must take into account the situation in poorer parts of the world, the WHO said last week, warning that firearms “keep the pandemic burning”.