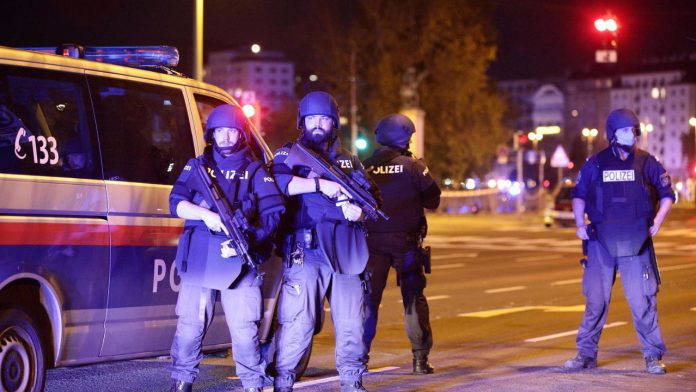 Several people have been injured in central Vienna during an exchange of gunfire, police said on Monday in what the Austrian interior minister has described as an “apparent terrorist attack”.

The Austrian public television station ORF reported that there is currently an extensive police operation near a synagogue in the city center.

“Shots fired in the district – who are injured – STAY AWAY from all public places or public transport,” police said on Twitter.

A spokesman for the city’s ambulance service reported one death and several injured.

“At the moment, I can confirm that we believe this is an apparent terrorist attack,” Interior Minister Karl Nehammer told ORF, saying the losses “likely” included deaths.

Earlier, the APA news agency quoted Nehammer as saying that one attacker was “dead” and another “on the run” while a police officer had been seriously injured.

Shots fired in the city district – there are injured people – STORE from all public places or public transport – do not share videos or photos!

The local newspaper Kronen Zeitung said the attack was on the street that houses the city’s largest synagogue. It and other media reported on shots fired in the area of ​​a nearby square, Schwedenplatz.