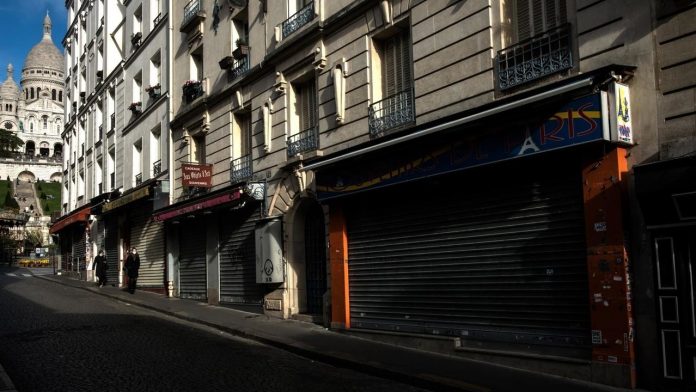 France and other parts of Europe will reopen “non-essential” stores on Saturday in time for the holidays following progress in containing the coronavirus pandemic.

Most countries hope to ease their virus rules for Christmas and New Year, enabling families to take a break before encountering what the world hopes is one last wave of restrictions until a link of promising new vaccines begins.

Stores selling non-essential goods will lift their shutters in France on Saturday, although bars and restaurants will be closed until the beginning of next year.

Health officials said the number of daily new infections dropped to 12,459 on Friday, compared with 22,882 a week earlier. The total reported sum now amounts to over 2.19 million.

The number of people receiving hospital treatment for Covid-19 also decreased and continued a downward trend over the past two weeks.

President Emmanuel Macron said earlier this week that nationwide virus locks in place since October 30 could be abolished on December 15 if the number of new infections per day dropped to 5,000.

Poland’s shopping center would also reopen on Saturday, while Belgium will allow stores to reopen from 1 December but will keep the current semi-lockdown in place until mid-January.

The move reflects similar reliefs in Germany, Luxembourg and the Netherlands.

The Italian government partially lifted the restrictions in Lombardy and Piedmont in the north and Calabria in the south from Sunday and changed its warning levels from red to orange.

And Ireland has also announced a delayed easing of restrictions to allow some businesses to reopen and for families to gather before Christmas.

Although the spread of the virus is slowing down due to weeks of severe restrictions, Europe is still at the heart of the pandemic, registering more cases than the United States in the past week.

Until recently, Germany’s relative success in curbing the virus had offered a certain sense of hope, with authorities introducing some precautions that still allowed life to continue almost as normal.

But its measured approach has failed during the second wave, which jeopardizes the health of Europe’s largest economy and weighs on the mood when the northern hemisphere enters the winter holidays.

Germany’s Robert Koch Institute registered more than 22,000 new daily cases on Friday, pushing the total to over one million.

More worryingly, the number of Covid-19 patients in intensive care has increased from about 360 in early October to more than 3,500 last week.

Globally, more than 1.4 million deaths and 61 million infections have been officially registered, although the actual number is unknown since testing and reporting methods vary widely.

With the virus on the march and the deployment of the first vaccines not expected until next month, large parts of the world are facing a gloomy winter with more lockdowns, with a concomitant increase in financial anxiety and mental strain.

Lockdown fatigue is also spreading as governments develop new measures to save healthcare systems from collapse.

Among other things, Magna Carta relied on to stay open has been a tattoo parlor in Bristol, western England and a child-friendly play center in Liverpool, in the northwest.

The law enforcement authorities have taken a weak view by paying fines and reminding all companies that the legislation this year, not 800 years ago, is relevant and binding.

Nations are now trying to measure how people, exhausted by one of the most traumatic years in generations, can enjoy a short vacation break without making things worse.

To play it safe, German Chancellor Angela Merkel has called on all EU resorts to be closed until January 10, making Switzerland – which is outside the bloc and remains open – the destination for ski fans.

The French government has said that winter sports resorts are free to open during the Christmas weekend, but the ski lifts must be closed, leading to confusion from players in the sector.