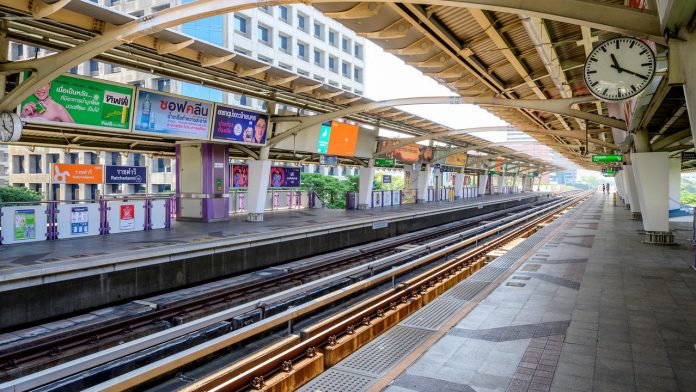 Countries around the world tightened restrictions on their populations on Saturday to combat a recurrence of the coronavirus as the European Union offered to help drug companies expand vaccine production to improve “bottlenecks”.

From local curfews to alcohol bans and complete suspensions, governments are trying to address a rise in cases.

Coronavirus has killed more than 1.8 million people globally since it originated in China in December 2019, according to an estimate from official sources compiled by AFP.

But experts fear that the worst has not yet come, and predict a sharp increase in infections and deaths after weeks of vacation.

In Bangkok, the city’s nightlife was closed following a ban on bars, nightclubs and the sale of alcohol, among a series of restrictions aimed at limiting the kingdom’s rising virus tax.

Public schools in the Thai capital will be closed for two weeks.

An outbreak last month in a seafood market has led to the outbreak of the virus in Thailand, with infections detected in 53 of the nation’s 77 provinces.

In Tokyo on Saturday, the city’s governor asked the Japanese government to declare a new state of emergency as the country struggles with a third wave of record numbers of new cases.

And South Korea extended its antivirus rolls until January 17 in the greater Seoul area, including a ban on gatherings of more than four people, which will be extended to the entire country.

The rising number of infections around the world means that the race against vaccination will dominate in the coming year.

The delay in getting the vaccines in Europe was not the EU’s fault, said the bloc’s health commissioner Stella Kyriakides.

“The bottleneck at the moment is not the order volume but the global shortage of production capacity,” she said.

The block would help pharmaceutical companies in their efforts to expand production, she added.

“The situation will improve step by step.”

India on Saturday hosted nationwide drills to launch one of the world’s largest coronavirus vaccination programs when its drug regulator was ready to approve the AstraZeneca-Oxford University shot.

In the United States, the vaccination program has been plagued by logistical problems, while the world’s worst-hit country passed 20 million cases on Friday.

The United States has seen a worrying increase in coronavirus infections in recent months and on Saturday saw the highest number so far recorded in a single day, with more than 277,000.

In Russia, Health Minister Mikhail Murashko said more than 800,000 people had received the domestically produced Sputnik V vaccine and that 1.5 million doses had been distributed across the country at about 147 million.

The Kremlin has been reluctant to impose nationwide virus restrictions, instead putting its hopes on mass vaccination to end the pandemic and save its struggling economy.

The French government, facing the threat of a new wave of Covid-19 infections, extended a two-hour curfew in parts of the country to help fight the virus.

The curfew starts at 18.00, rather than 20.00 in parts of France, mainly in the east of the country. Paris has currently been spared the additional restriction.

‘We had to party’

The new French restrictions came when police booked more than 1,200 parties on Saturday when an illegal rave in northwestern France finally ended after more than two days of partying that saw collisions with police.

About 800 of them were booked for antiviral measures, and the Brittany Regional Health Agency noted a “high risk of spreading Covid-19” at the event.

“We knew what we were risking … we had to party, for a year everything was stuck,” said a 20-year-old waitress.

Spanish police broke up another rally on Saturday near Barcelona, ​​where 300 people had been partying for more than 40 hours.

And footballers were also among those who were burned against the rules, with Tottenham’s Erik Lamela, Sergio Reguilon and Giovani Lo Celso to be disciplined after a picture emerged of those who attended a big party.

Manuel Lanzini has been ‘strongly’ reminded of his responsibility after he was depicted breaking COVID restrictions.

Norway, which has one of the lowest infection rates in Europe, began demanding Covid-19 tests on arrival in the country on Saturday, after finding five cases of a new coronavirus variant that first appeared in the UK.

Denmark discovered 86 cases of the new variant, which is believed to be more contagious, while Vietnam also discovered the strain.

The small British enclave of Gibraltar, outside Spain, went into a 14-day lockdown on Saturday. Prime Minister Fabian Picardo said the virus was spreading “faster than we can control it”.

Greece has extended its strict two-month lock-in measures until 10 January and concluded a relaxation of the restrictions during the holidays.

In Lebanon, doctors warned that hospitals were overwhelmed by cases of coronavirus, in the wake of the end of the year.

But in Australia, the latter was invested in a brilliant show at the Sydney Opera House on Saturday, when the venue was ready to host an opera audience for the first time since March after a virus stop.