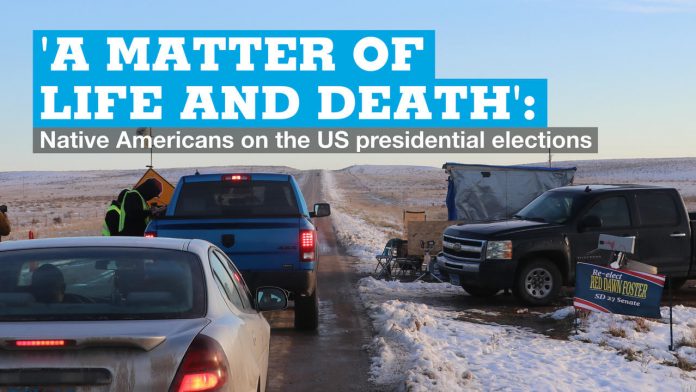 In the second of our special reports looking at the forgotten voters from the U.S. election, we travel to the Pine Ridge Reservation in South Dakota, home to the Oglala Lakota tribe, plagued by unemployment, poverty and alcohol dependence. For many here, voting is low on the priority list, even though some are trying to change it.

The large reservation, deep inside the South Dakota Badlands, is currently on hold in the midst of an increase in Covid-19 cases, and no outsiders are allowed in.

The health crisis is just the last problem facing the reservation, where unemployment is around 80 per cent and poverty and alcohol dependence are widespread.

A number of its current and former residents are found in nearby Rapid City, including the Hope Center, which helps the homeless and poor, and where about 85 percent of those who use its services are Native Americans.

“I do not think I will ever vote. I have never done that and I do not … And maybe I will never ever vote,” she said.